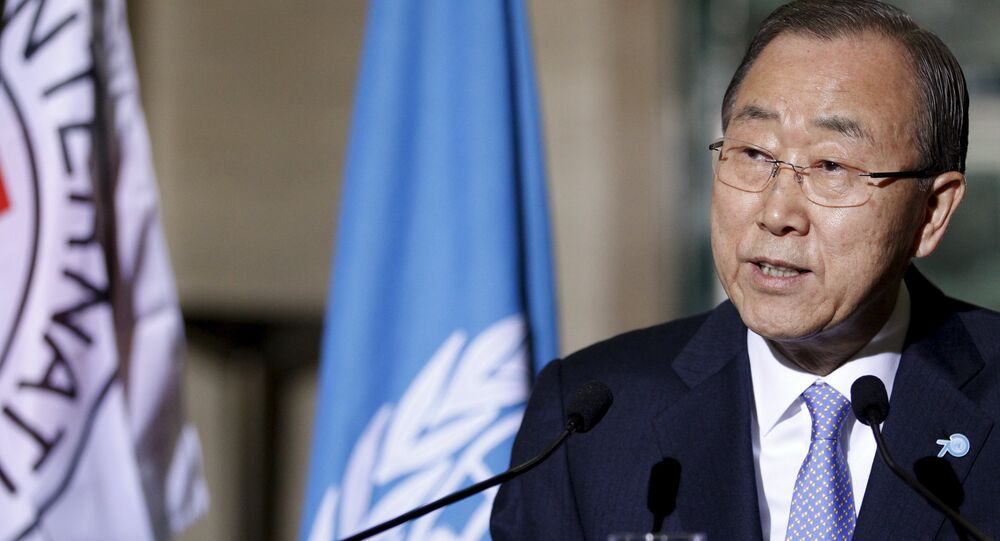 © AFP 2021 / PHIL OAKLEY
Melbourne Mayor Calls on Australia to Share Burden of Refugees
MOSCOW (Sputnik) – Refugees, including young children, seeking asylum in Australia are settled in offshore detention camps at the nearby Manus island in Papua New Guinea and Nauru in the South Pacific. Rights groups criticize the camps for inhumane living conditions.

A recent Amnesty International report condemned Australia for being "complicit in transnational crime" by paying smugglers $32,000 earlier this year to reroute a boat carrying some 60 migrants bound for New Zealand to Indonesia under Operation Sovereign Borders.

Ban met Turnbull on the sidelines of the 10th East Asia Summit in Kuala Lumpur, Malaysia, established on the initiative of the Association of Southeast Asian Nations (ASEAN).