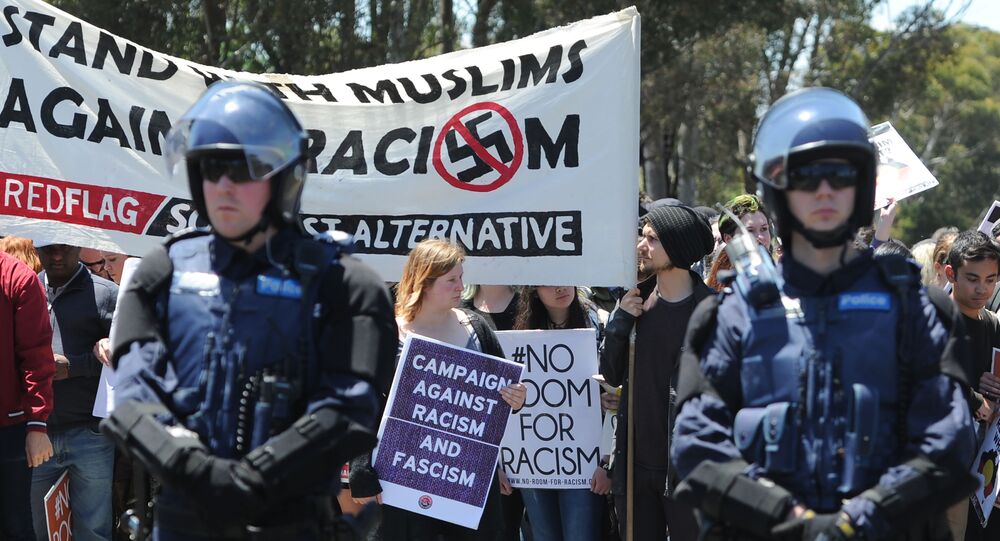 Anti-Islam protesters clashed with supporters of cultural diversity across a number of cities in Australia, as the country is expected to accept a large number of refugees, SkyNews television reported.

In the city of Melbourne, about 500 opponents of a planned construction of a mosque clashed with around the same number of its supporters on Sunday, according to the media. Police intervened, using pepper spray, the media reported.

© AFP 2021 / PHIL OAKLEY
Melbourne Mayor Calls on Australia to Share Burden of Refugees
Ten Australians have been arrested in the nationwide protests, according to the media.

Australia is expected to take in 12,000 Syrian migrants before Christmas in order to help Europe cope with the ongoing refugee crisis.

ISIL terrorist group, which took responsibility for deadly attacks in Paris on November 13, occupies a large part of Syria.