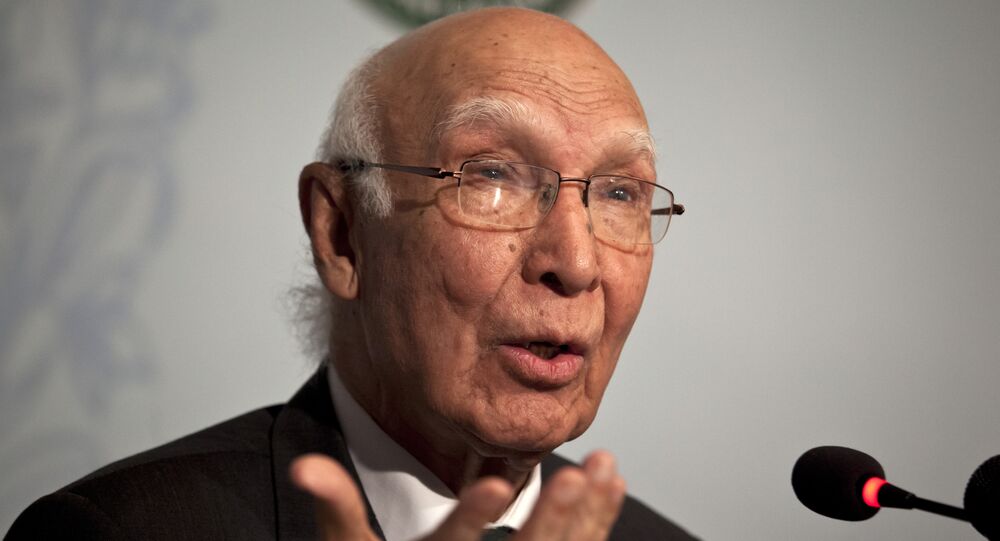 Pakistan views Russia, the United States and China as important players in Asia.

“From Pakistan's perspective, China together with the United States and Russia, are important pillars in the newly emerging economic and security order of the region,” Aziz said in a statement published on the country’s Foreign Ministry website.

Aziz observed that cooperation between Pakistan and China is focused on economic development and “is not against any other country.”

In April, China and Pakistan signed an agreement on the construction of the 1, 800-mile China-Pakistan Economic Corridor expected to connect China’s Xinjiang region and the Pakistani port of Gwadar on the Indian Ocean.

India has repeatedly expressed its concern over the project, as it will pass via the Kashmir region, a territory disputed by India and Pakistan.

ISIL Emissaries Develop Links With Other Terrorist Groups in Pakistan