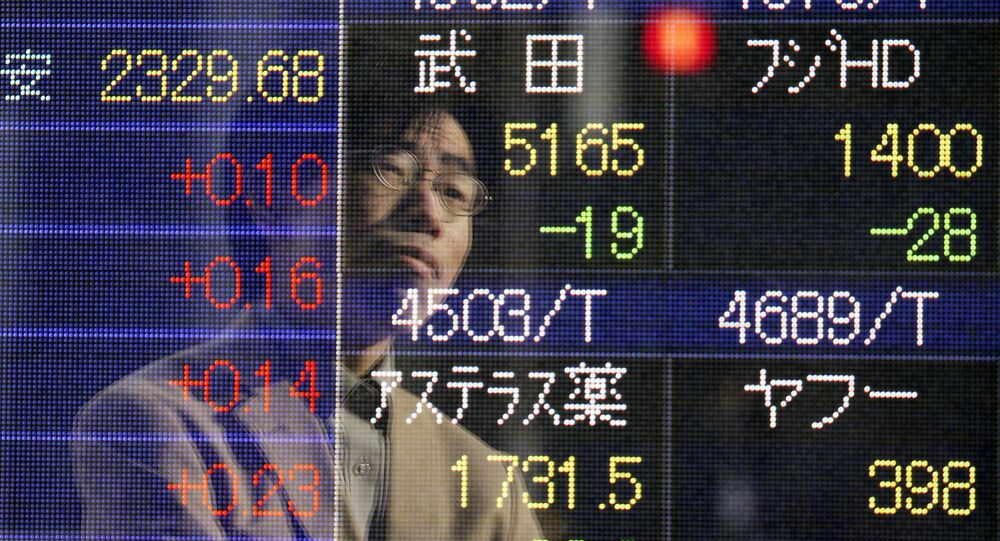 Japan Slides Further Into Recession: Is 'Abenomics' to Blame?

Japan's economy has relapsed into its fourth technical recession in five years, in the July-September quarter of this year. The disappointing performance is a significant blow to Prime Minister Shinzo Abe's economic strategy, dubbed "Abenomics".

The poor figures mean Prime Minister Shinzo Abe will be under increased pressure to try and lift the world's third-largest economy back onto a path of sustained growth.

His record thus far, has resulted in two recessions since he took office in December 2012.

Abe's attempts in the past to boost Japan's stagnating economy have included the Bank of Japan expanding massive stimulus programs with quantitative easing. However, it has done little to re-energize Japan.

In fact, the country has been vulnerable to downturns for a long time. Its long-term potential growth rate, which economists estimate is only around 0.5%, means that the economy is very often close to the verge of a recession.

Experts say this is not just down to economic reforms, but also demographic policies.

Demographers point to the fact that Japan's working-age population is shrinking by around 1% a year. This means that fewer working age people are being relied on to support an increasingly aging population. As social security costs for the elderly swell, some family members are having to quit jobs in order to care for their elderly relatives.

It's amazing how much coverage of Japan's birth rate issues fails to mention the cost of childbirth in hospital or the cost of education.

Further exacerbating this, is Japan's low birth rate. Japan's population is now around 127 million. However, Japan saw just 8.4 children born per 1,000 inhabitants in the past five years; the second lowest birth rate in the world, after Germany.

"If the birth rate remains at the current level, Japan's population will be about 80 million in 50 years, and 40 million in 100 years."

It's led some like Yoshihide Suga, Japan's top government spokesman, to entreat women to "contribute to the nation" by having lots of children. There is even a whole raft of government initiatives, including official matchmaking events, desperately encouraging younger generations to marry and have babies.

Yet there are other options open to Mr Abe, including increasing the role of the non-Japanese workforce. Traditionally, Japan has had a long-standing resistance to significantly increasing the number of foreign economic migrants. But with the economy continuing to struggle, experts are pushing the Japanese government to relax visa and other bureaucratic impediments to non-Japanese workers.

Both factors left unresolved, will inhibit growth. And with hundreds of thousands of jobs going unfilled, Prime Minister Shinzo Abe is left with the crucial task of finding some way of increasing the size of the workforce.

One potential alternative is the Trans-Pacific Partnership (TPP) free trade pact, which will boost productivity by opening up some domestic sectors to new competition.

The government is likely to compile an extra budget, which Economy Minister Akira Amari said would focus on addressing Japan's demographic issues, and take a flexible approach to fiscal and economic management. He also offered hope for investors, saying that GDP is likely expand in the current quarter.