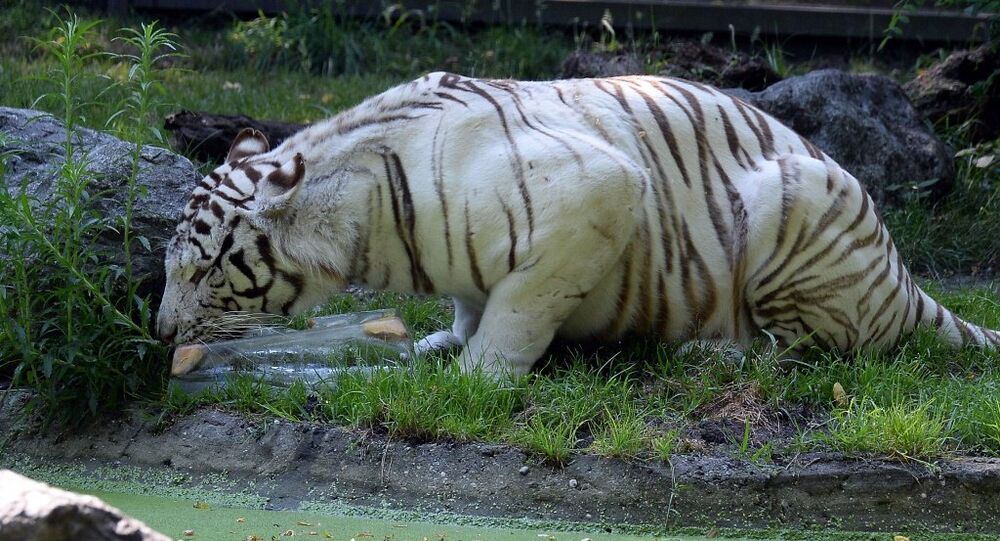 War on Drugs in Indonesia Includes Tigers, Piranhas and Crocodiles

Indonesia’s anti-drug leader is proposing pitting some of the world’s most dangerous animals against drug dealers sentenced to death.

© CC BY 2.0 / Alexander Cahlenstein / Lurking crocodile
Indonesia Wants to Put ‘Ferocious’ Crocodiles to Work as Prison Guards
Just after proposing a prison island for drug convicts surrounded by the most ferocious crocodiles, Indonesia's anti-drug chief, apparently inspired by Crocodile Dundee movie, went further on Friday and suggested that tigers and piranhas could help to guard prisoners.

In the face of Indonesia's corrupt prison system, the National Narcotics Agency chief Budi Waseso is not afraid to sound odd and introduce severe measures, explaining that imprisoned drug dealers could not bribe crocodiles to escape from a life sentence.

Media cited Waseso as saying that he had already obtained two crocodiles from a farm to study their power and aggression and may ultimately put as many as 1,000 in place to keep convicts from escaping.

"The number will depend on how big the area is, or whether perhaps to combine them with piranhas," he told reporters, according to the rimanews.com. "Because the (prison) personnel numbers are short, we can use wild animals. We could use tigers too — for conservation at the same time."

Though Waseso faces widespread ridicule and does not have many supporters, he is convinced that man-eating piranhas and tigers are the best guards for drug dealers sentenced to death.

Indonesian drug laws are among the strictest in Southeast Asia.

© AP Photo / Dita Alangkara
Indonesia Ignores Foreign Leaders' Pleas, Will Execute Drug Traffickers
Public outrage came in April when seven foreign drug dealers were executed, despite the repeated pleas from the leaders of Australia, Brazil, France and a clemency petition. In January, Indonesia carried out the executions of five foreigners for drug-related crimes.

President Joko Widodo insists that such measures are necessary to conquer Indonesia's "national emergency" stemming from rising narcotics use.

The rule of law has been long undermined in Indonesia following numerous scandals in which jail officials were arrested for narcotics offenses.

Anti-drug agency spokesman Slamet Pribadi confirmed that the president was also considering the possibility of tigers and piranhas as guards, and ruled out suggestions the prison island plan was a joke.

"This is serious, this is not a joke," AFP quoted Pribadi as saying.

"Drug trafficking is an extraordinary crime and therefore the fight must also be extraordinary, we cannot fight the usual way."

The plan is still in the early stages and will still be subject to deliberation. The location of the facility and an opening date haven't been decided yet. But, according to Pribadi, the Justice Ministry has been informed about the plan, which it is considering.