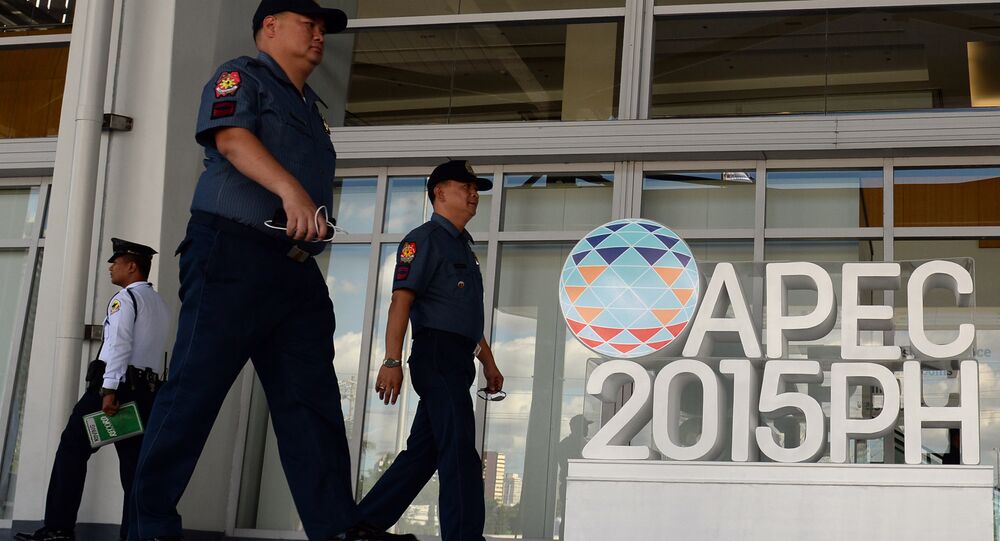 MANILA (Sputnik) – Philippines host this year's APEC. Since Thursday, the APEC summit has been underway in Manila, bringing together 21 Pacific Rim member economies. The meeting is scheduled to culminate with the APEC Economic Leaders' Meeting on November 18-19.

"But somewhere along the way, we all recognise that we do need to have a development agenda so the women issue came in, human resources, and then of course now we are talking about the environmental impact of what we do. We are talking about health, water, food, nutrition, challenges of urbanisation," Del Rosario said.

© REUTERS / Erik De Castro
Anti-US Protesters Rally at APEC Summit in Philippines
She stressed that at the initiation of ten APEC SOM meetings, the idea was to facilitate trade and investment "because these two factors underpin our economic development."

Medvedev to Represent Russia at APEC Summit in Philippines in November

Putin Warns Against Division of APEC Into Separate Competing Groups