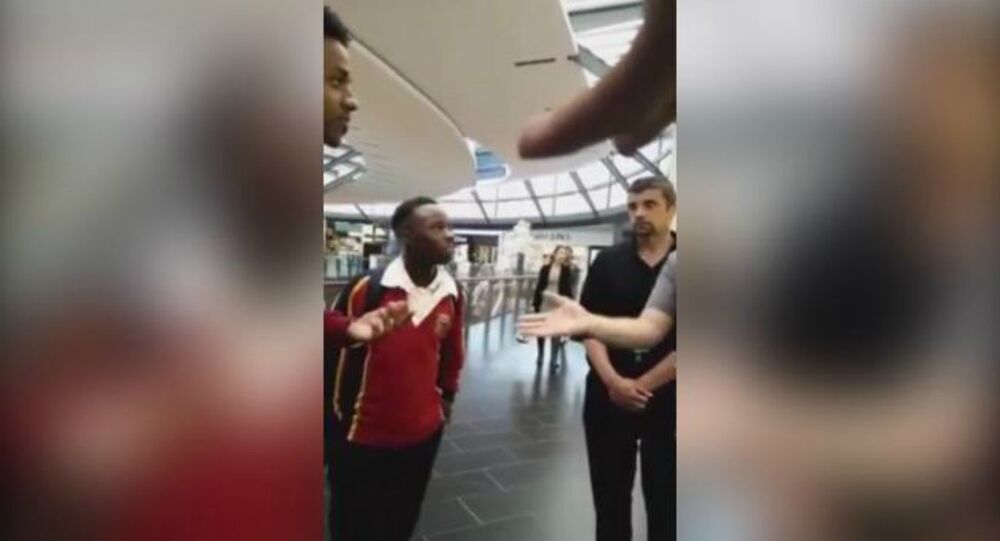 An encounter at an Apple Store in Melbourne, Australia, went viral after an employee was caught on camera telling six black teenagers that they needed to leave because they “might steal something.”

The teenagers, who were born in Africa, are 15 and 16 years old.

"These guys are just a bit worried about your presence in our store…They’re just worried you might steal something,” an Apple employee states in the video.

“Why would we steal something?” one teen asks.

“Guys, end of discussion, I need to ask you to leave our store,” the employee orders.

Following the incident, one of the teens took to Facebook to assert that the discrimination he had just encountered might be expected in the United States, but not in Australia.

“Racial profiling has to stop,” Mohamen Semra wrote, “happens to[o] often in America we don't need here in Australia too.”

“We have the right to go in and look around like anyone else,” Gereng Dere, another of the teens, told 9 News.

The group has been very vocal in stating that they were racially discriminated against and that it is wrong.

“It's not fair, not everybody is a bad person because of what they look like,” another of the teens, Mabior Ater, said.

On Wednesday, the students were invited back to the store, accompanied by their school principal, and were given a private apology. Semra has stated on Facebook, however, that he would like a public apology as well.

The company has stated that the incident is under investigation.

A spokesperson from Apple also pointed the local news team to a quote from their CEO Tim Cook, though it does not appear to be in response to the incident.

“We want every person who joins our team, every customer visiting our stores or calling for support to feel welcome,” it reads. “We believe in equality for everyone, regardless of race, age, gender, gender identity, ethnicity, religion or sexual orientation.”

“That applies throughout our company, around the world, with no exceptions,” Cook’s quote read.

The original Facebook posting of the video, titled “Simply Racism,” had over 60,000 views as of Wednesday evening.