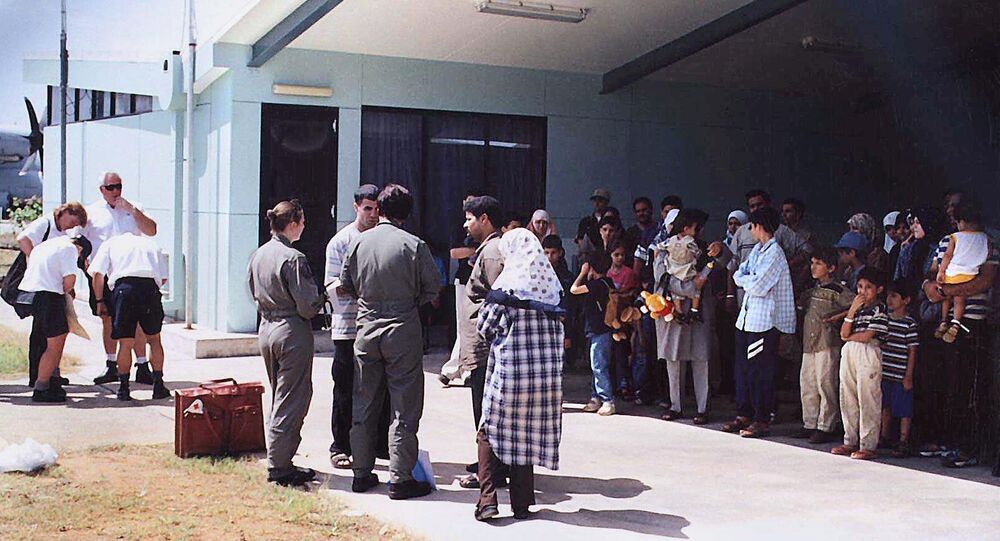 MOSCOW (Sputnik) — Staff working at Australia’s immigration detention center on Christmas Island left the facility on Monday following what the migration authority called a "major disturbance" triggered by the death of an escaped refugee.

"The centre remains tense and staff have been withdrawn from compounds for safety reasons," the Department of Immigration and Border Protection confirmed in a statement, refuting multiple reports of a large-scale riot.

The department said the perimeter of the facility had not been breached, and patrols by hired guards were continuing despite unrest inside the fenced-off center. Several "small fires" have been lit within the center, the migration authority added.

© Wikipedia / kenhodge13
Unrest Breaks Out at Australian Migrant Detention Center
Earlier reports in the local media painted a picture of chaos inside the facility, with detainees pulling down fences and setting the canteen ablaze.

Authorities said the unrest began after an escaped refugee of Iranian Kurdish descent was found dead on Sunday at the bottom of island cliffs away from the facility.

They said a small "peaceful protest" by Iranian asylum seekers escalated after a "group of detainees, believed to be non-citizens whose visas have been cancelled under mandatory cancellation provisions" got involved in the protest action.

The majority of Christmas Island’s detention facility, a remote Australian outpost in the Indian Ocean, are immigrants whose visas were cancelled by the Australian government.