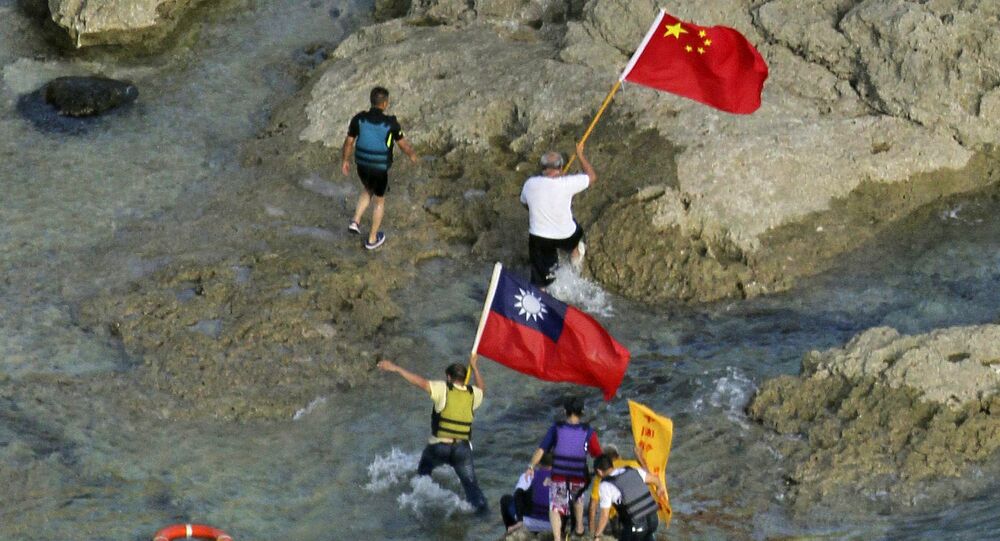 On Saturday, Chinese President Xi Jinping and Taiwanese President Ma Ying-jeou will make history, their meeting in Singapore marking the first talks between the leaders of China and Taiwan since 1945. But just what, apart from the 70 year-gap in high-level face-to-face talks, is so significant about the meeting?

Well for one thing, it marks a very important step toward mending relations between mainland China and Taiwan, the island off the southeast coast of China to which the Chinese Nationalist Party (the Kuomintang) fled following their defeat by the communists in the Chinese Civil War in 1949.

Despite the fact that relations between China and its southeastern neighbor have gradually thawed since the late 1980s, with the first formal meeting between Chinese and Taiwanese NGOs taking place in 1993, and a series of important milestones following, no formal peace treaty has ever been signed to end the Chinese Civil War, and the meeting between Xi and Ma may be another important step in that direction.

© Flickr / Flickr
Beijing Confirms First-Ever Meeting of China's and Taiwan's Leaders
According to the South China Morning Post, the meeting, which comes two months ahead of presidential and legislative elections in Taiwan, marks "a breakthrough in Xi's policy to Taiwan," with the current Chinese president being the first-ever leader to be able "to bring Taiwan's president to the table."

Taiwanese President Ma Ying-jeou explained that the meeting is aimed at ensuring "the well-being of our next generation," hinting that it will serve as the culmination of nearly a dozen rounds of cross-Strait negotiations held since 2008. The meeting is widely expected to become one of the touchstones of Ma's legacy when he leaves office following the completion of his second term early next year.

And while critics have suggested that the fruits of Ma's labors may be partially or completely undone following elections next January, where the pro-Taiwanese independence Democratic Progressive Party nominee Tsai Ing-wen is expected to defeat the nominee from Ma's Kuomintang Party, Tsai herself confirmed Friday in The Taipei Times that she would not exclude meeting with the Chinese leaders in the future, were she to become president, "if the conditions requiring [such a meeting] were created."

Talks over the past half-decade have resulted in nearly two dozen agreements, from the lifting of bans on direct shipping, to air transport and postal services, to the Economic Cooperation Framework Agreement, an important treaty on preferential trade, signed in 2010.

Commenting on his role in the run-up to Saturday's meeting, Ma noted that "we can see a gradual ascending pattern," adding hopefully that "we cannot rule out the possibility of higher-level mechanisms."

The Importance of Symbolism

The leaders will meet on Saturday in Singapore. The choice of Singapore for the meeting place is not accidental, with former Singapore Prime Minister Lee Kuan Yew, who passed away in March, hosting the first public meeting between the Taiwanese and mainland Chinese NGOs in 1993, marking one of the first steps toward reconciliation.

Gathering at the Shangri-la Hotel, the two leaders will hold a brief, 20-minute long meeting, said to be generally focused on reducing hostility, raising Taiwan's role in the world, and maintaining the 'status quo' in diplomatic relations, an aim supported by all three of Taiwan's major parties.

They will then hold separate press conferences following the meeting, but again, symbolically, will join one another again in the evening for dinner.

Not Everyone Is Happy

© REUTERS / U.S. Navy
Ahoy! US Defense Chief Takes Jab at Beijing With South China Sea Stop
And while Taiwanese media has suggested that the leaders are not set on signing any agreements during the meeting, the affair is nevertheless seen as a very important step in the process of normalizing and improving relations. It is so important, in fact, that it has already provoked the ire of some Western commentators.

Foreign Policy ominously called their piece on the subject "Xi Jinping's Taiwan Trap," with Voice of America suggesting the "Taiwan-China Meeting Leaves Many on Island Democracy Wary," and The Wall Street Journal ostensibly trying to explain "Why the Meeting Between China and Taiwan's Presidents Is All About Xi."

Media ambivalence and hostility was generally in line with the cool reaction toward the meeting from the White House. Asked about the event earlier this week, White House Spokesman Josh Earnest explained that while "we would certainly welcome steps that are taken on both sides of the Taiwan Strait to try and reduce tensions and improve cross-strait relations…we will have to see what actually comes out of the meeting."

And Washington's ambivalent tone makes sense: experts suggest that the meeting between Xi and Ma will make the approach in Beijing-Taipei-Washington relations more complex, South China Morning Post journalist Keira Lu Huang explaining that the talks are "likely to introduce a new dynamic to…trilateral relations [between the countries] in addition to China and Taiwan's cross-strait relations."

© REUTERS / Carlos Barria
China Sets 'Bottom Line' for South China Sea, But Pentagon Sees It as Negotiable
Still, not every US media outlet has been as pessimistic, with some commentators noting that if nothing else, the symbolism of the President of the communist mainland meeting with his counterpart, from the Kuomintang no less, will be important, and positive.

As Max Fisher at Vox explained, "what makes this such a big deal is the fact that it's extremely politically difficult for either leader to meet with the other. Both are risking real backlashes at home – Xi, because he risks appearing to legitimize Taiwan's government…and Ma, because this is so unpopular among Taiwan's voters and has really hurt his party's political support" ahead of the elections.

Ultimately, Fisher noted, "it is certainly a historic moment in what is, even if it doesn't look like it, one of the world's longest-running civil wars. However and whenever the China-Taiwan dispute resolves, this will likely be remembered as, while not a turning point, an important landmark."