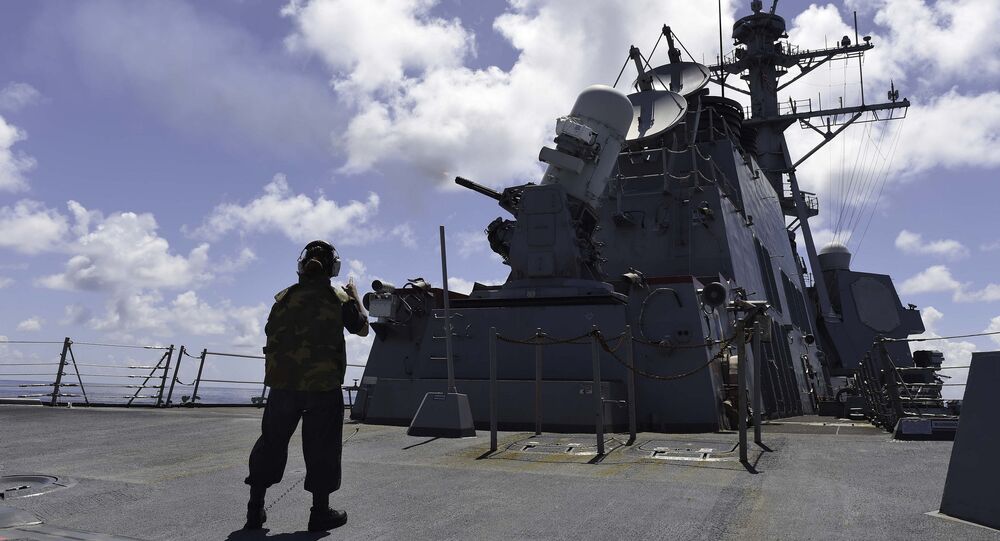 The navigation operation (FONOP) by the United States Navy (USN) in the South China Sea was seen as a demonstration of the United States’ determination that the waters surrounding China’s artificial islands and reefs are high seas.

“According to the United Nations Convention on the Law of the Sea (UNCLOS) clearly states that man-made islands and underwater features like reefs are not authorized for the 12 nm zone granted to more robust geographic features, such as rocks or naturally-formed islands capable of sustaining human habitation or economic life; the latter of these are also eligible for the prized 200 nm Exclusive Economic Zone,” Timothy Choi wrote for the online publication The Diplomat.

Under the United Nations Convention on the Law of the Sea (UNCLOS), a warship on the high seas may conduct its whole range of activities including launching helicopters, turning on fire-control radars, and carrying out arms exercises.

“However, these and other activities (including fishing and research) are all banned when sailing in another country’s 12 nm territorial waters – a condition known as “innocent passage,” detailed under UNCLOS Part II, Article 19,” Timothy Choi wrote.

In that case, if the United States wants to demonstrate its determination, its FONOPs need to not only sail within 12 nm of a Chinese feature, but also involve activities prohibited under ‘innocent passage’ conditions while in the area.

Even activities such as lowering fishing lure over the side, or launching a Seahawk or UAV count.

As the US plans for further, more regular FONOPs in the South China Sea, “America’s willingness to challenge China on the issue will show up not in dramatic debates at the United Nations or stern press releases, but in the minute activities of the ships and sailors involved,” Choi concluded.

Tags:
freedom of navigation, The Diplomat, The US Navy, South China Sea, China, US
Community standardsDiscussion