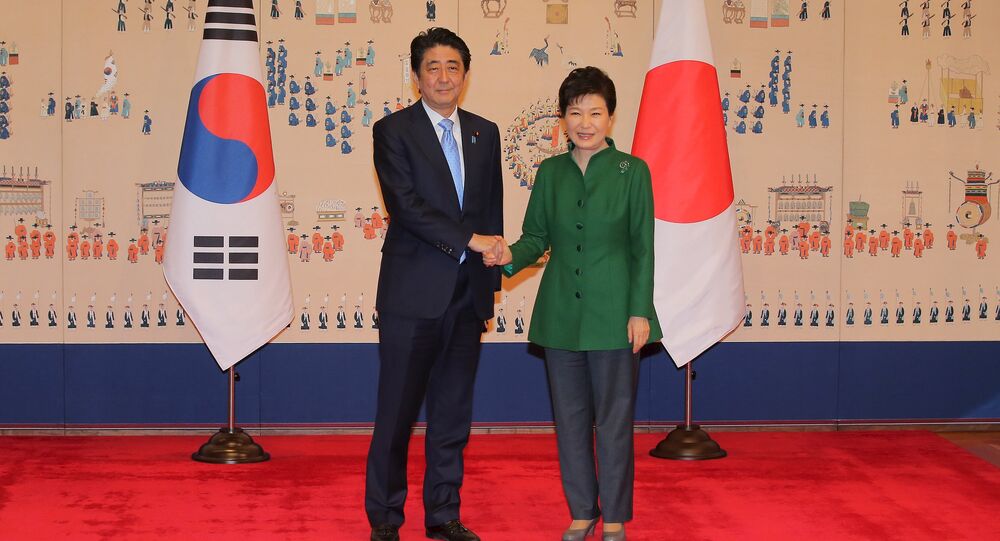 © AP Photo / Eugene Hoshiko
Pray for Peace? Japan PM's Offering at Controversial War Shrine Angers China, S Korea
MOSCOW (Sputnik) — "With this year marking the 50th anniversary of the normalization of diplomatic ties, we agreed to accelerate negotiations [on the issue] with the aim of concluding them as early as possible," Abe told journalists following talks with the South Korean president, as quoted by the Kyodo news agency.

The meeting between the two leaders was the first since Abe and Park took the office in 2012 and 2013 respectively.

According to varying estimates, between 20,000 and 400,000 women were forced into sexual slavery by the Imperial Japanese Army in occupied territories during World War II. Most of the victims were from Korea, China and the Philippines. Various reports on the survivors have found that the so-called comfort women were often beaten and tortured.

Last week, the South Korean leader said she expected the Japanese side to settle the issue in a way the victims would accept.