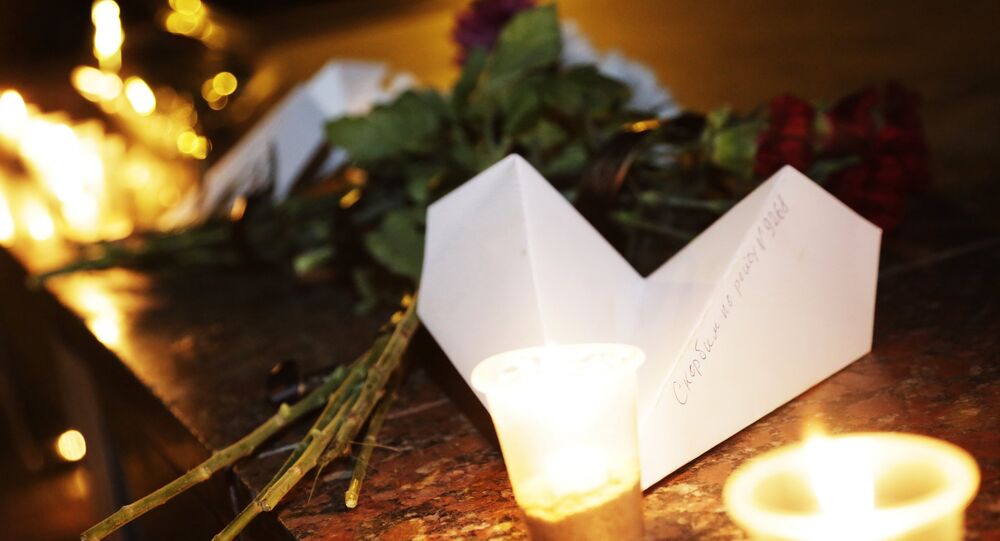 The Russian Embassy in New Delhi will open on Monday a condolence book to honor the memory of the victims in the Airbus-321 crash in Egypt's Sinai Peninsula.

© AFP 2020 / ALEXANDER UTKIN
People Bring Flowers, Candles to Russian Embassy in US After A321 Air Crash
NEW DELHI (Sputnik) — On Saturday, the Russian airliner, carrying 217 passengers and seven crew members crashed in the Sinai Peninsula en route from the Egyptian resort city of Sharm El-Sheikh to St. Petersburg. All people on board, including 25 children, were confirmed dead by Russian and Egyptian authorities.

"With deep sorrow, the Russian Embassy informs that November 1 was declared a day of mourning in Russia due to the crash of the Kogalymavia airliner in Egypt on October 31. In this regard, a book of condolence will be opened in the embassy on Monday, November 2, between 03:00 p.m. [09:30 GMT] and 05:00 p.m. [11:30 GMT]," the diplomatic mission said in a statement.