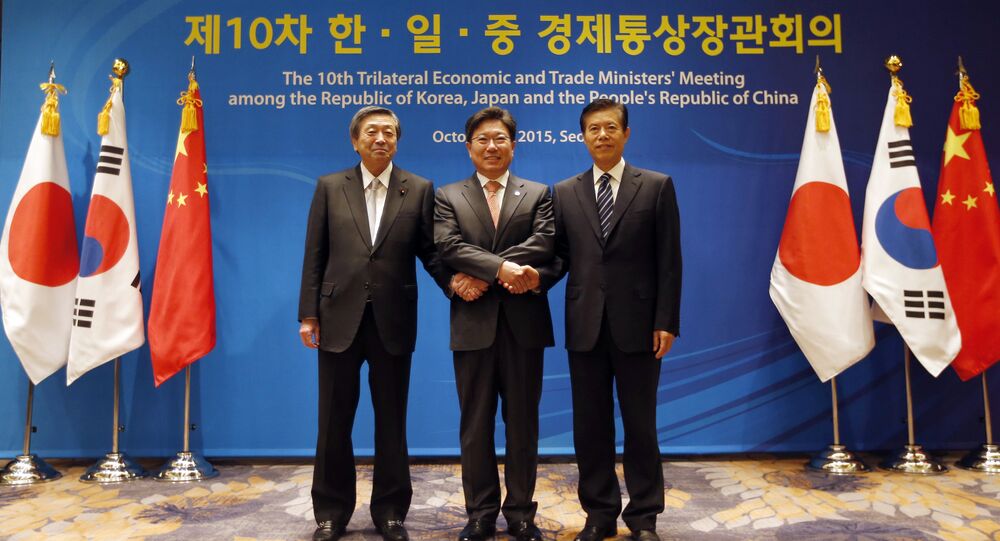 Japan, China and South Korea discussed on Friday the outlook for trilateral economic cooperation including the creation of a trade zone, Japanese media reported.

Japan's minister Motoo Hayashi noted that the liberalization of trade was important for the Asian-Pacific region, while his South Korean counterpart said that this meeting would serve to coordinate on trade and economic questions ahead of the summit.

The meeting was held ahead of a trilateral high-level summit due to take place on Friday. Such trilateral meetings on economic issues between the three major Asian economies used to be held annually, since 2002. However, due to territorial disputes and difference interpretations of historic events, both the ministerial economic meetings and the presidential summits have not been held for three and a half years.

Relations between South Korea and Japan, in particular, have been complicated by distinctions in interpretation of their past, including Japanese colonial rule of Korea between 1910 and 1945 and the subjection of women from China and South Korea to forced prostitution in front-line brothels for Japanese soldiers in the 1930s-1940s.

Japan in turn insists that the issue of sex slavery was settled in 1965 when Tokyo provided about $800 million, in the form of grants and loans, to South Korea and made public apologies in 1993.