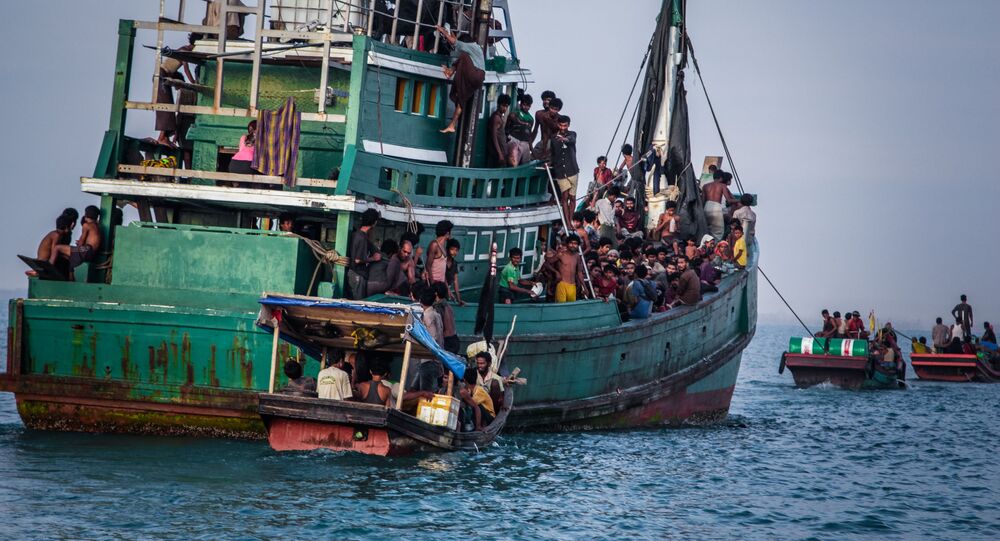 MOSCOW (Sputnik) — Australian officials who paid people smugglers to return migrants to Indonesia have put lives at risk and committed a transnational crime, a rights group said in a report Thursday.

© REUTERS / David Gray/Files
Australian Lawmaker Reignites Calls Against Detention of Migrant Children
The report said that in May 2015, a boat carrying over 60 people believed to be heading to New Zealand was intercepted by Australia’s Operation Sovereign Border. The rights group said Australian officials were "complicit in a transnational crime" when they transferred all the passengers and crew into two small boats and paid people smugglers $32,000 to take the passengers to Indonesia.

In five other "turnbacks" in 2013 and 2014, passenger testimonies suggest a pattern of physical and verbal abuse of asylum-seekers by Australian officials, according to Amnesty.