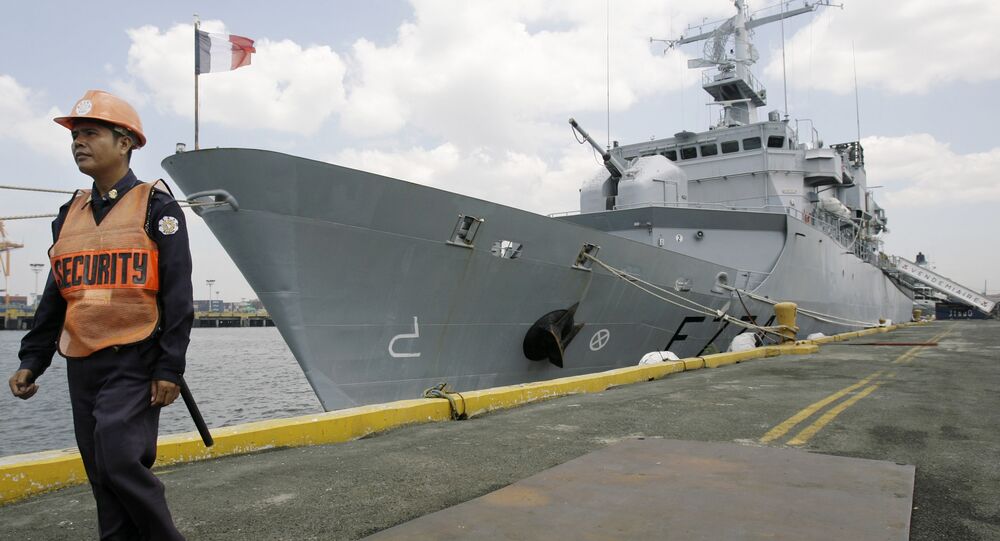 A French warship docked in a Chinese port Tuesday to start an extended visit to China's naval fleet in the South China Sea, where disputed territorial claims have ignited a row between Beijing and Washington.

The Vendémiaire docked at Zhanjiang in the southern province of Guangdong on Tuesday morning for a four-day "friendly visit," the official People's Liberation Army Daily said.

The French frigate will take part in a maritime exercise on accidental encounters at sea, and French and Chinese naval personnel will visit one another's ships and play soccer, the short report added.

The activities will "increase mutual understanding, trust and cooperation between the two nations' navies," it said.

The visit – the Vendémiaire's eighth to China – comes ahead of French President Francois Hollande's visit to China next week.

Beijing slammed Washington for sending a US guided-missile destroyer close to one of China’s man-made islands in the South China Sea earlier this week. Beijing said it had warned the ship and called the US ambassador to protest.

France and the United States are both key members of NATO.

The USS Lassen's patrol on Tuesday was the most significant US challenge yet to the 12-nautical-mile territorial limits China claims around artificial islands it has built in the Spratly archipelago, Reuters reported.

China claims most of the South China Sea, through which more than $5 trillion of world trade passes every year. Vietnam, Malaysia, Brunei, the Philippines and Taiwan have rival claims.