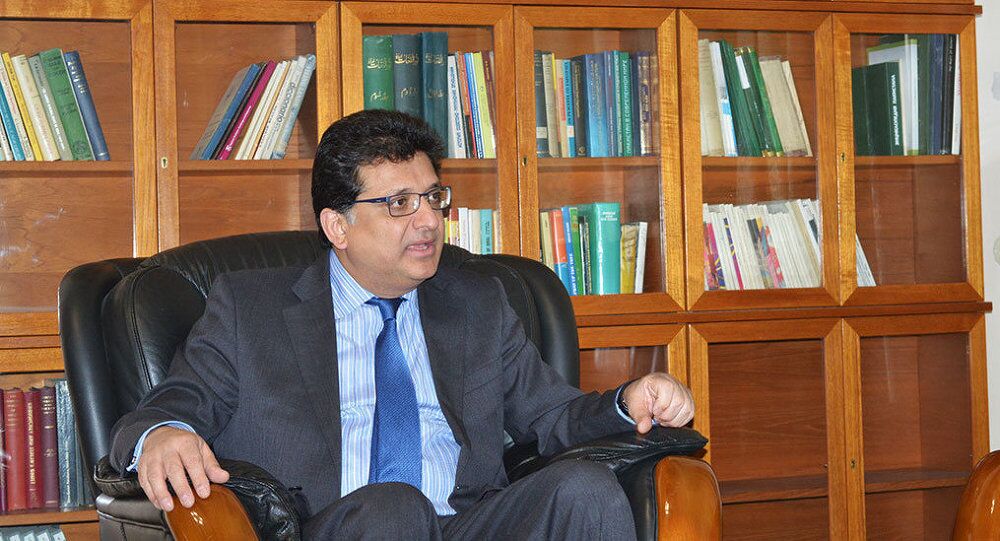 Pakistani Ambassador to Russia Zaheer Janjua said that the construction of the pipeline will provide orders for Russian industrial enterprises and will contribute to an increase in non-oil exports.

"The construction of the pipeline will provide orders for Russian industrial enterprises and will contribute to an increase in non-oil exports. The project will open up a new market for Russian companies," Janjua said.

The project will cost an estimated $2 billion and take 42 months to complete, according to the ambassador.

© Sputnik / Maxim Bogodvid
Russia-Pakistan Deal on North-South Gas Pipeline Could Be Signed in September
The project includes the construction of liquefied natural gas terminals as well as the actual 683-mile pipeline beginning in southern Pakistan's Karachi to Lahore in the country's northeast.

The project will be implemented by RT Global Resources, a subsidiary of Rostec technologies corporation from the Russian side and the Inter State Gas Systems (ISGS) from the Pakistani side.

The pipeline is expected to have an annual capacity of up to 12.4 billion cubic meters of gas.

Russia to Offer Pakistan Contract for Construction of Gas Pipeline