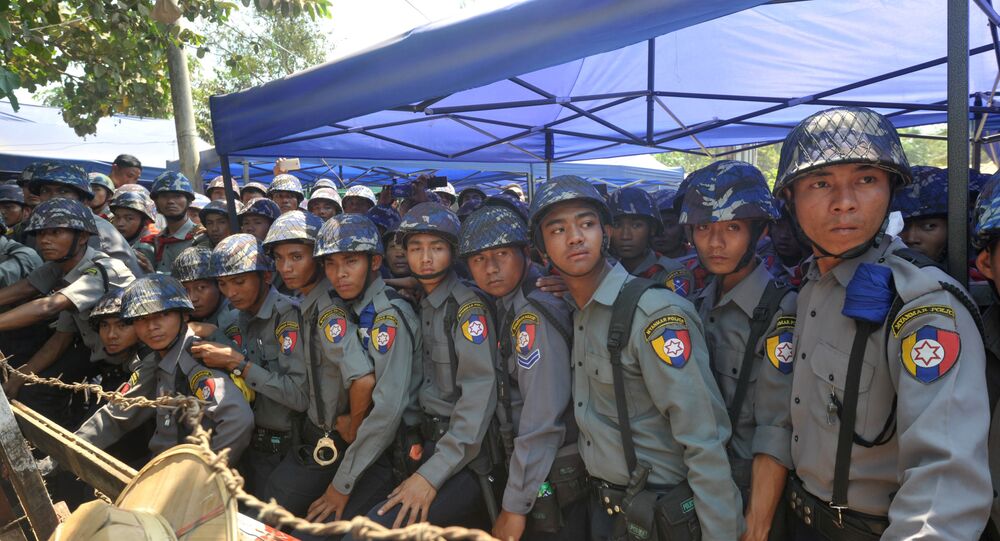 According to media reports, Myanmar government signed a nationwide ceasefire with the majority of armed ethnic groupings.

© Flickr / Thomas Hawk
Myanmar to Free 7,000 People, Including 155 Chinese Loggers Under Amnesty
MOSCOW (Sputnik) – The Myanmar government on Thursday signed what it calls a nationwide ceasefire with the majority of armed ethnic groupings, with President U Thein Sein hoping the rest will join the peace deal if it holds, local media reported.

The signing ceremony in the nation’s capital city of Nay Pyi Taw was attended by the Myanmar president and representatives of eight rebel groups, as well as international witnesses, according to the Myanmar Times.

The pact concluded almost two years of intense talks to bring peace to the Southeast Asian country. Seven armed ethnic groups, including the largest, were missing.

"How many sign is not important. How we implement the negotiated terms is more important. If we can implement it, the other groups will sign too," the Myanmar leader was quoted as saying during the signing ceremony.

Under the terms of the ceasefire, the parties are to start political dialogue on national reconciliations 90 days after the deal being inked.

Myanmar, a former British colony known as Burma, has been torn apart by armed ethnic conflicts since gaining independence in 1948. The rebel groups are demanding greater autonomy.