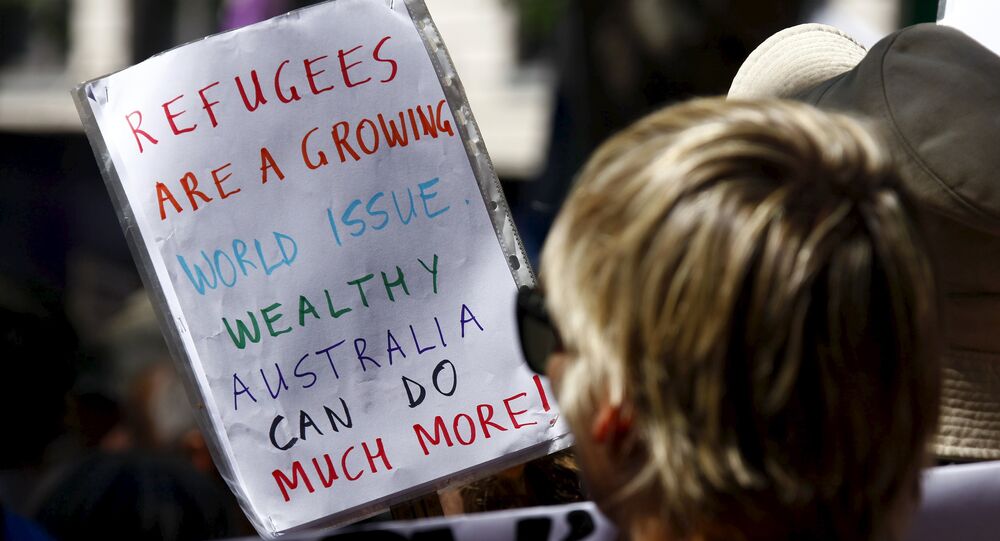 Australia is currently negotiating with the Philippines for the resettlement of undocumented immigrants who have been refused asylum by Canberra, Immigration Minister Peter Dutton announced on Friday.

MOSCOW (Sputnik) — "We have had bilateral discussions with other countries, including the Philippines at an officials level and ministerial level over a number of months," Dutton told reporters as quoted by the local 9News TV channel.

Asked by journalists about the risks refugees might face due to security threats, including terror attacks and kidnappings in the Philippines, the minister suggested that after "considering all of the facts the person will take up that offer or reject it."

Australia has an existing agreement with Cambodia, signed in September 2014, to pay Cambodia nearly $30 million for refugee resettlement. Under the deal, Cambodia agreed to host an unlimited number of refugees that had been turned away from Australia.

According to the study, Australia’s detention costs are due to the government’s decision to run detention centers in remote locations, such as Christmas Island, Nauru, and Manus Island in Papua New Guinea.