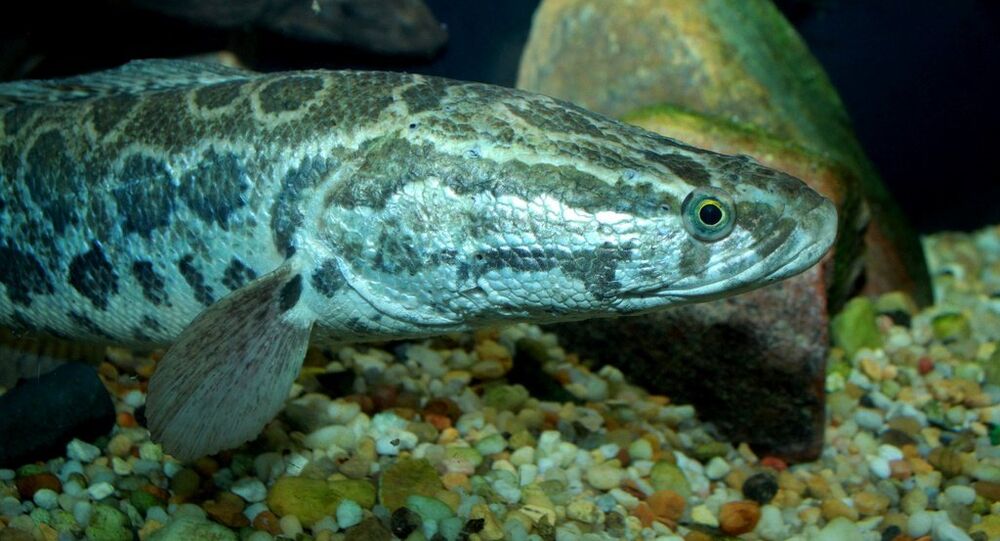 Walking Fish Found on the Wild Side

A sneezing monkey and a fish that can survive on land are among 200 new species discovered in the Eastern Himalayas.

A monkey, nicknamed "snubby" by scientists, has been discovered in the remote forests of northern Burma after locals told them to listen out for the sneezing when it rained.

The monkey sneezes when rainwater gets caught in its up-turned nose, according to a report on wildlife in Nepal, Bhutan, northern Burma, southern Tibet and north-eastern India.

Fantastic news!New report showcases 211 strange and spectacular species that have been discovered in the Himalayas in…

Other whacky sounding discoveries include a blue-eyed frog, a lance-headed pit viper snake and a walking fish which can survive on land for up to four days, wriggling through wet ground between water.

Fantastic news!New report showcases 211 strange and spectacular species that have been discovered in the Himalayas in…

The discovery of a sneezing monkey and a wriggling fish sounds cool and whacky — but it also has a serious side, according to Heather Sohl, WWF-UK's chief adviser of species.

"These discoveries show that there is still a huge amount to learn about the species that share our world."

The report also warns that the survival of the 133 new plants, 26 species of fish, ten amphibians, one reptile, one bird and one mammal in the Eastern Himalayas is under threat from climate change, population growth, poaching, mining, deforestation and the development of hydroelectric dams.

"It is a stark reminder that if we don't act now to protect these fragile ecosystems, untold natural riches could be lost forever."

Here's hoping "snubby" will live to sneeze for evermore.

Huge, Duck-Billed, and With Tons of Teeth: New Dinosaur Unearthed in Alaska

Unknown Alien-Like Creatures Caught on Camera in the Atlantic

Granddaddy of All Birds Discovered in China