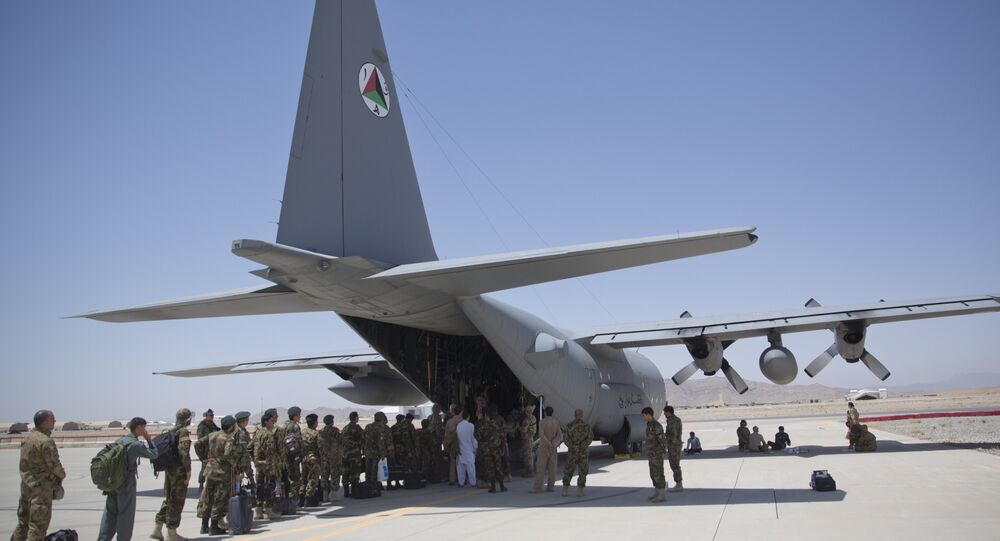 12 people were killed when a C-130 military tactical transport plane crashed near Jalalabad in Afghanistan, according to defense officials.

Two defense officials told NBC news that the plane crashed by the Jalalabad airport a little after midnight. It is unclear how many people were aboard the C-130.

"Cause of crash and status of crew and others onboard remains unknown," US Army Col. Brian Tribus said earlier. "We are gathering more information and will release as appropriate."

The C-130 is a four-engine turboprop transport aircraft designed and built by Lockheed Martin.

According to Fox News, Pentagon officials say the plane was not shot down. There were no reports of enemy dire at the time of the crash, the Pentagon later confirmed to Reuters.

The US Air Force operates a base at the Jalalabad airport approximately 3 miles southeast of the city.

There were 9,800 US troops left in Afghanistan until the end of September, under a deal between Washington and Kabul. In March it was agreed that number would drop to 5,500 for the remainder of the year and into 2016.

The Resolute Support mission replaced NATO-led ISAF forces, of which there were more than 13,000 from 40 countries, after their 12-year operation.