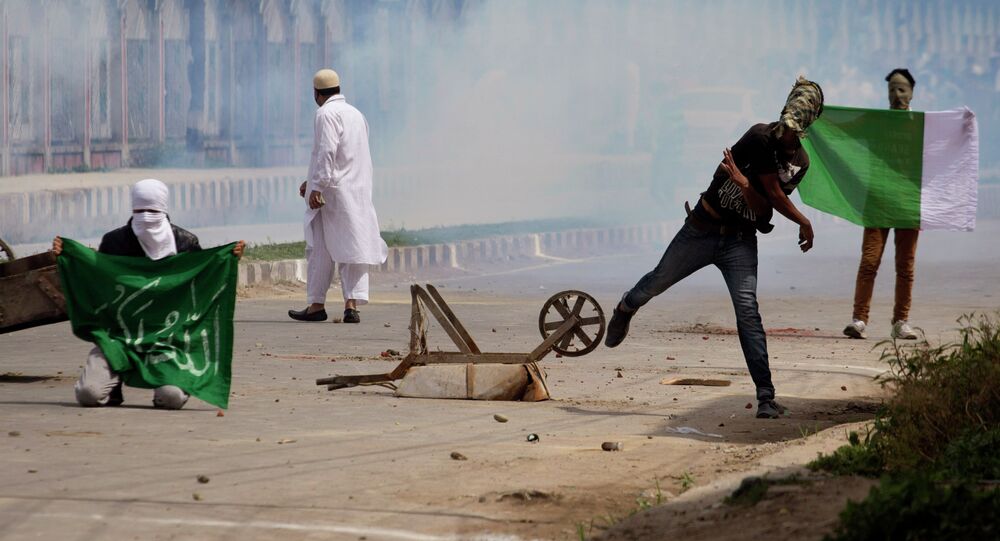 MOSCOW (Sputnik) — Speaking before the UN General Assembly on Wednesday, Sharif called for restraint from the use of force by both India and Pakistan and for a formalized ceasefire, as well as appealing for the region to be demilitarized, which he hinted was under foreign occupation. Sharif also stated that his country was a victim of terrorism.

"It is regrettable that the delegation of Pakistan has once again chosen to misuse the High Level Segment of the UN General Assembly Session to distort reality and portray a false picture of the challenges in our region. Pakistan claims to be the primary victim of terrorism. In truth, it is actually a victim of its own policies of breeding and sponsoring terrorists," India’s formal reply said.

India stated that Pakistan had been occupying the region illegally for many years.

The Jammu and Kashmir region has been disputed by India and Pakistan since the end of British rule in 1947. Following several armed conflicts, the two countries agreed to a ceasefire in 2003. Since then, both sides have repeatedly blamed each other for violating the truce.