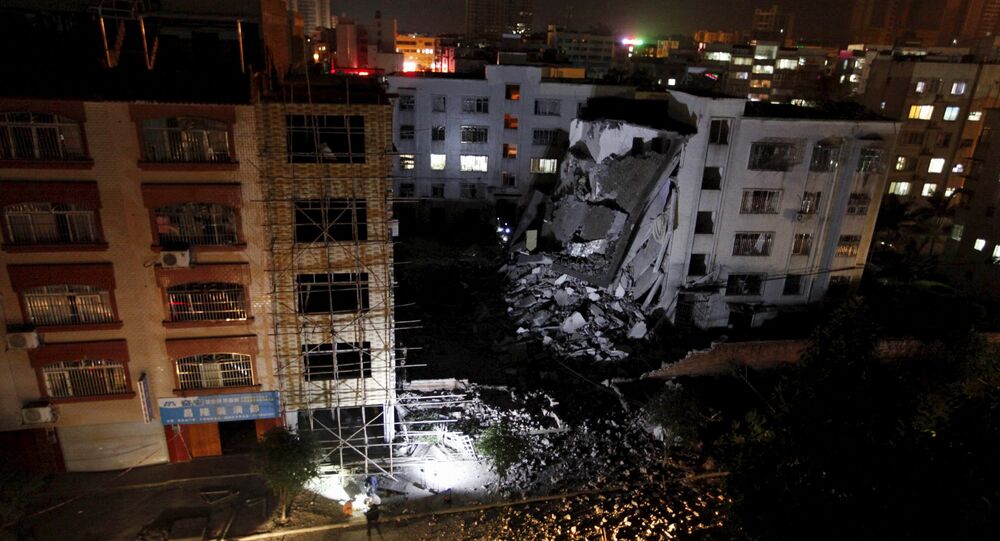 © REUTERS / Stringer
Chinese City Rocked by 15 Explosions, 7 Dead, Police Claim No Terrorist Act
BEIJING (Sputnik) — According to the China Radio International, the authorities are now investigating the event which took place at an apartment block at 08:00 local time (00:00 GMT). No casualties have been reported so far.

On Wednesday, 17 explosions took place in the province’s Liucheng county killing seven people. A suspect, believed to have sent the bombs via post, has been arrested.

Local media claimed that it was not clear whether Wednesday’s events are connected with the Thursday explosion, which took place in a residential building of six floors.

Earlier, a series of parcel bomb blasts have hit the city of Liucheng in the China's Guangxi province. At least seven people have been killed and 51 others injured.

Police have arrested a suspect in connection with the incident.