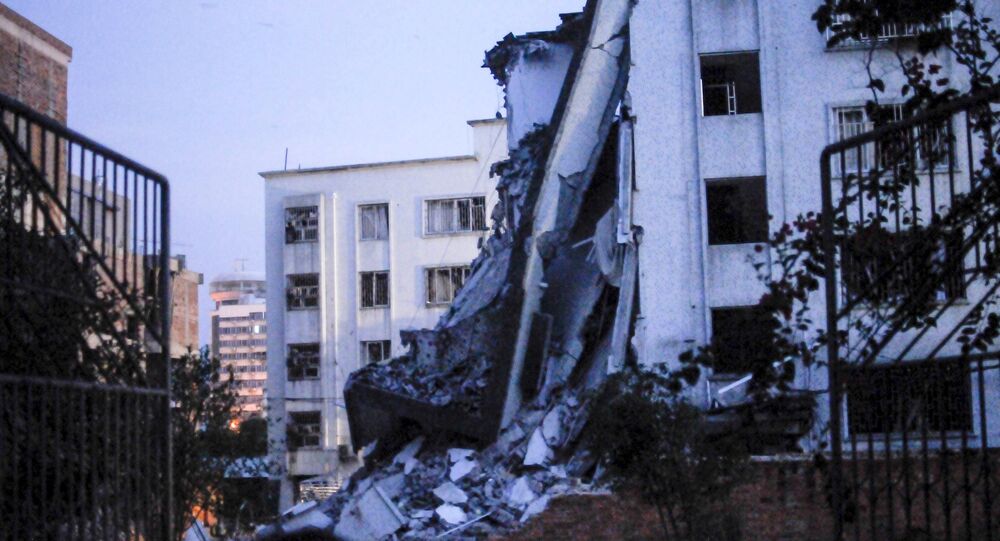 A small city in southern China experienced a series of massive blasts on Wednesday, resulting in seven deaths and over fifty injuries, according to authorities and state-run media.

Law enforcement in the region of Guangxi report that 15 blasts occurred in the city of Liuzhou, targeting mostly government buildings.

According to the Ministry of Public Security, the incident will be treated as a criminal case, rather than terrorism.

While no motive has yet been determined, officials launching an investigation into the case are considering a 33-year-old local man as a suspect. Identified only by his family name of Wei, his location has not been provided by police.

According to the Guangxi Daily newspaper, the damage could be even more extensive. Citing police, the paper said that 17 blasts were reported, leaving 7 people dead, 51 injured, and two missing.

"There were so many of them, and they were so loud, everyone in the county could hear them," said a hotel employee who gave only his family name, Li. The hotel is near a township office building that was hit by one of the explosions.

"They sounded like someone was blasting rocks in the mountains," Li said.

The explosives, which struck markets, public buildings, a bus stop, and a hospital, appear to have been contained inside small parcels.

Package bombs hidden across Liuzhou kill 7: A series of package bombs exploded on Wednesday in the southwest C… http://t.co/2S7X1XgTKB

All neighboring buildings were immediately evacuated.

Senior Official Under Investigation in China After Tianjin Explosion