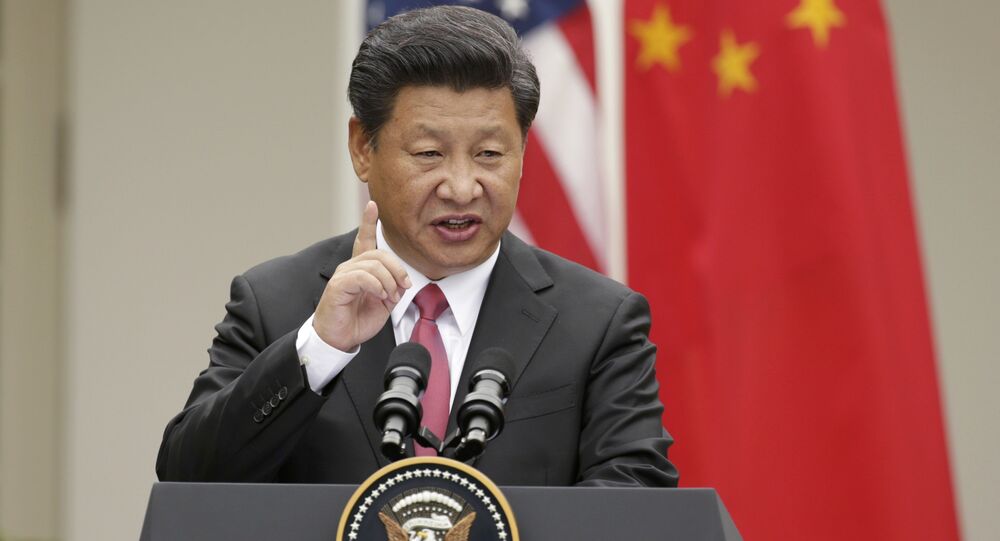 The value of the Chinese currency yuan, internationally known as renminbi, will not be lowered in the long run, Chinese President Xi Jinping said at a press conference at the White House on Friday.

© REUTERS / Edgar Su
China Will Never Seek Currency War, Plans to Keep Yuan Stable
WASHINGTON (Sputnik) — Concerns over the slowdown in the Chinese economy touched off losses in Asia, Europe and the United States, after stocks in China experienced a large-scale sell-off and volatility in July. The situation culminated in the largest single-day losses in the history of the Chinese stock exchange in August.

“Due to the influence of factors, such as the previous strengthening of the US dollar, and some turbulence on the financial market, the renminbi exchange rate after reforms experienced a certain degree of fluctuation,” Xi stated. “However, there is no basis for the renminbi to have devaluation in the long run.”

Xi noted that the Chinese government would continue to enact reforms concerning the currency’s exchange rate.

“Going forward, China will further improve the marketization and formation regime of the renminbi exchange rate,” he said.

Xi added that China’s economy was turning towards “quality growth rate,” and the country’s gross domestic product would grow at medium to high rate.

The People’s Bank of China Research Institute of Finance has argued that the global market tumble was triggered by expectations of a US Federal Reserve rate hike in September.