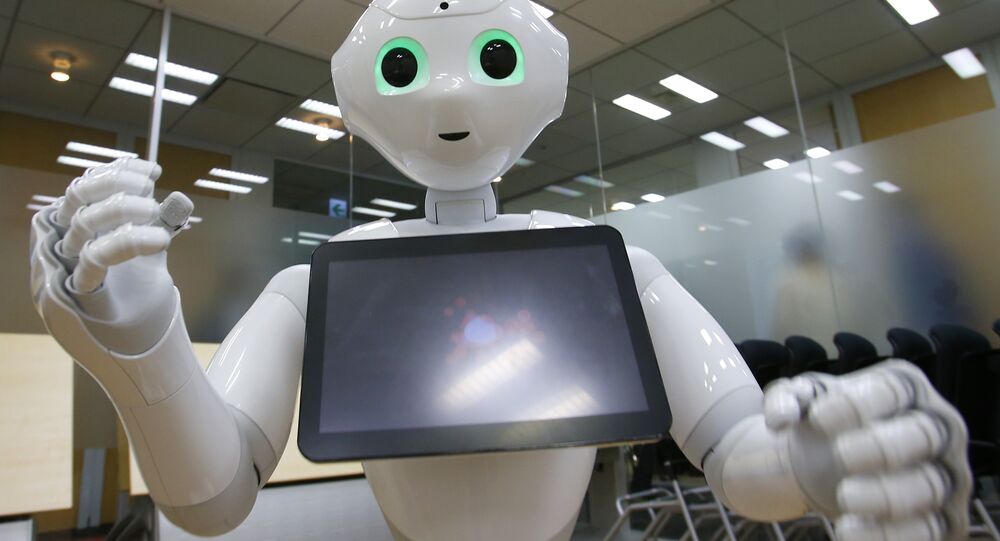 Don't Bang the Bot: Maker of 'Pepper' Says the Robot is Not For Sex

Japan-based telecommunications company SoftBank Mobile is making purchasers of its "emotional robot," named Pepper, sign a contract stipulating that they will not have sex with the machine.

The contract states that using the robot for "the purpose of sexual or indecent behavior" breaks the agreement, the Daily Mail reports. This includes "having sex" with it, reprogramming it to stalk people and developing "any sexy, obscene, or violent apps or actions for Pepper."

The humanoid robot is designed "to make people happy" by enhancing their lives through building relationships and having fun.

Pepper can read emotions, give its owners advice and make small talk, the Daily Mail reports. It can also imitate human behavior such as empathy and love.

Although the 4-foot-tall robot can mimic human emotions, its creators are urging customers not to use the robot for "indecent" behavior.

A programmer rewrote the software for the asexual robot, creating virtual breasts displayed on the touchscreen slung around Pepper’s neck. The woman said it was "for the purposes of testing sexual harassment."