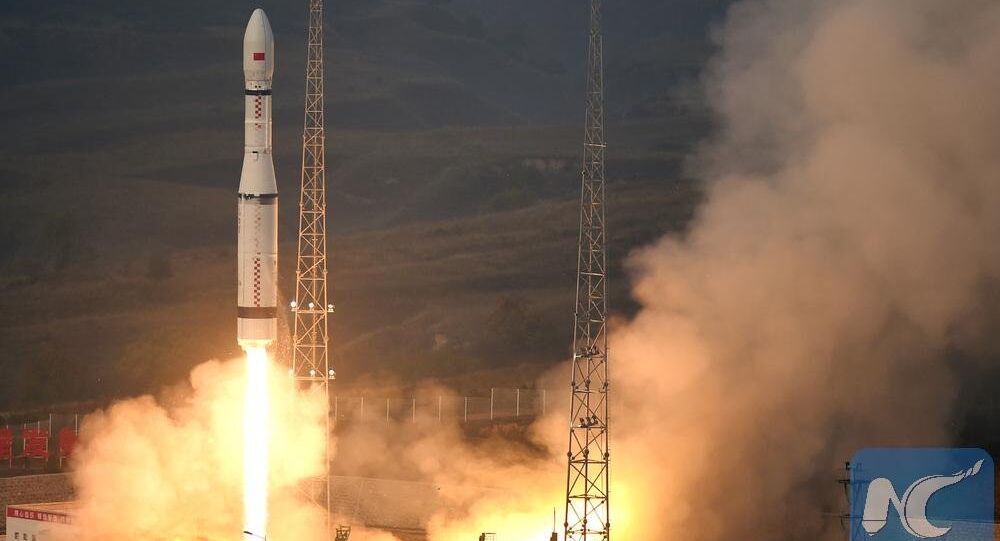 The Long March 6, China's latest version of the rocket it uses to carry payloads into space, was launched at 7:01 am Sunday from Shanxi Province in northern China, and took 20 micro-satellites into orbit for tests.

"The new model will significantly improve our ability to access space," said Zhang Weidong, chief designer at the Shanghai Academy of Spaceflight Technology, part of the China Aerospace Science and Technology Corporation [CASC].

"We believe it will greatly boost the competitiveness of Chinese carrier rockets in the international market."

Zhang explained that Sunday's launch of the Long March 6 was also an opportunity to experiment with new methods of launching and testing a carrier rocket.

"Loading, testing and positioning were finished when the Long March 6 rocket was at a horizontal position, before it was lifted to an upright position for launching," he said.

© Flickr / NASA's Marshall Space Flight Center
China Tests New Rocket, Gets Ready to Build Lunar Base on Dark Side of Moon
The Long March 6 carrier rocket is 29 meters long and weighs 103 metric tons at lift-off. It has a payload of 1,080 kilograms and is designed to carry out small-load launch missions, such as micro-satellites, in a sun-synchronous orbit up to 700 kilometers above the Earth.

Instead of using nitrogen tetroxide propellant, the rocket is China's first to use liquid propellant made of liquid oxygen and kerosene, which causes less pollution.

"Using such propellant can cut costs by a great margin," explained Gao Xinhui from CASC, where aerospace engineers will next turn their attention to the launch of the Long March 11 carrier rocket, which will take three satellites into space on September 25.

China launched its first Long March rocket in April 1970, and since then has carried out 210 space missions using the rocket series.

© AP Photo / Xinhua, Jiang Hongjing
An unmanned spacecraft is launched atop an advanced Long March 3C rocket from the Xichang Satellite Launch Center in southwest China's Sichuan Province.
In 2011 the country outlined its five-year plan for the development of its space exploration capabilities, laying the foundation for the building of a manned space station in low Earth orbit by 2020.

The five-year mission will culminate next year with the launch of the Long March 5 and Long March 7 rockets, capable of carrying spacecraft bound for Mars or the Moon, or heavy loads such as cargo spaceships for the space station into low Earth orbit.