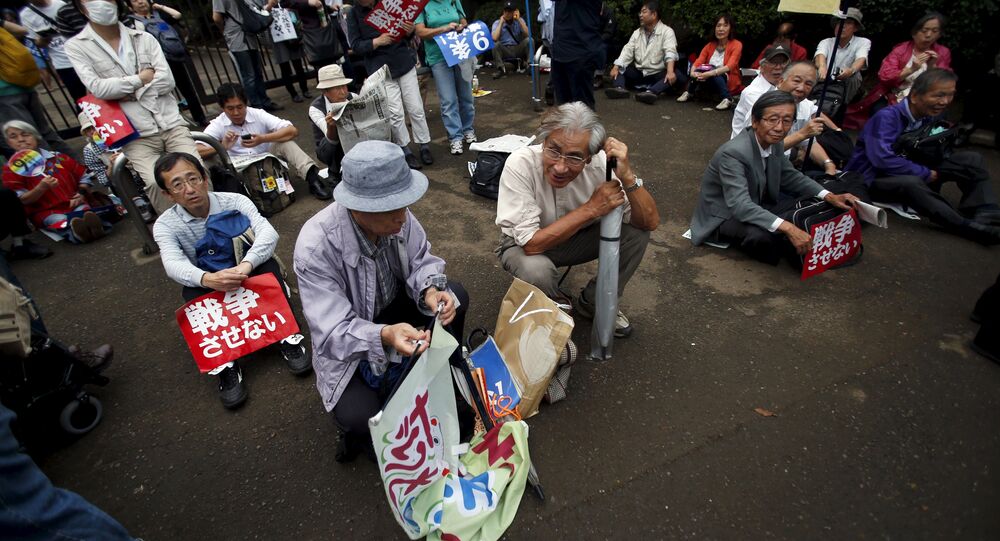 Tens of Thousands Rally in Tokyo Against Defense Bills

Tens of thousands of Japanese took to the streets of Tokyo on Friday to protest against a controversial security bill that would expand the country's military powers, specifically, permitting the deployment of Japanese troops overseas.

TOKYO (Sputnik) — Currently, Japanese lawmakers are debating the package of national security bills, which has triggered nationwide rallies and accusations that Prime Minister Shinzo Abe is using it as a pretext to involve the country in international armed conflicts.

According to various estimates, up to 40,000 citizens have gathered outside the Japanese parliament building.

The new legislation, abolishing Article 9 of the Japanese Constitution that renounces the use of force in settling international disputes, would allow the co-called Self-Defense Force to be sent overseas in an offensive military posture for the first time in seven decades.