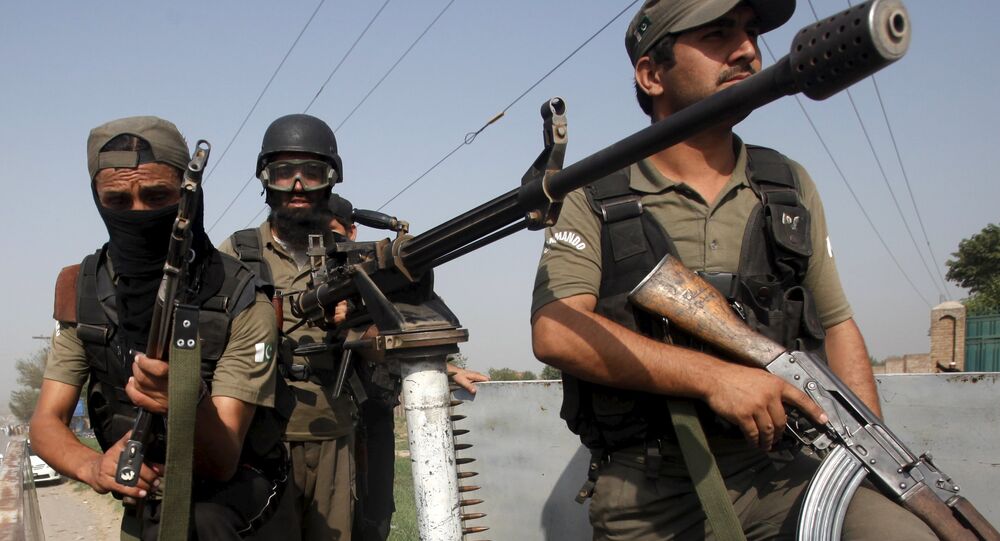 At least 13 suspected Pakistani Taliban militants were killed after security forces surrounded the area and opened fire in retaliation.

MOSCOW (Sputnik) — A group of gunmen attacked a guard post at an air force base in the northwestern Pakistani city of Peshawar, a military spokesman said Friday.

Ten Pakistani servicemen were injured during an exchange of fire with the gunmen, Bajwal said.

A search operation for other members of the terrorist group who managed to flee is currently underway, he added.