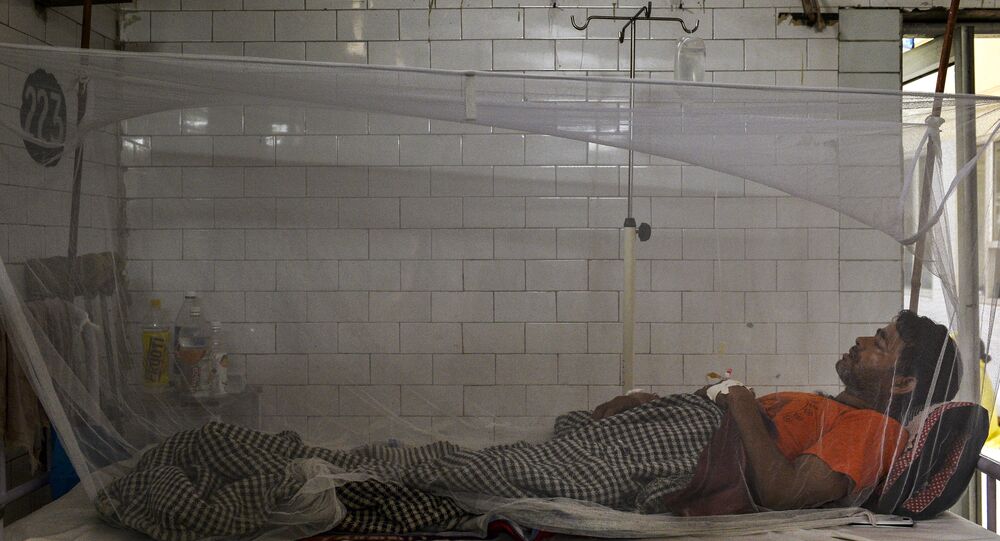 The deaths of three people from dengue fever in the Indian capital of New Delhi has brought the total toll to 14 in what officials call the worst outbreak of the disease in five years, local media reported Thursday.

NEW DELHI (Sputnik) – Nearly 2,000 people in New Delhi have been diagnosed with the infectious disease according to NDTV, as the city government warned hospitals they would lose their license if they turn victims away.

AP
In Malaysia Almost 170 Die of Dengue Fever in 2014: Health Ministry
Additional efforts by local authorities to cope with dengue fever include adding beds in state-run hospitals and charging smaller fees, according to the broadcaster.

The three latest deaths, a 41-year-old woman as well as a 7- and a 14-year-old boy, were confirmed Wednesday.

Dengue fever is a virus with symptoms that include severe headaches, pain behind the eyes, nausea and vomiting, muscle and joint pain, and swollen lymph glands.

The dengue virus is transmitted by the Aedes aegypti mosquito, commonly found in Southeast Asia, Oceania, Africa and South America. There are four different strains of the dengue virus and there is currently no vaccine to counter the disease.

The broadcaster added that dengue cases generally peak in October following the end of monsoon season.