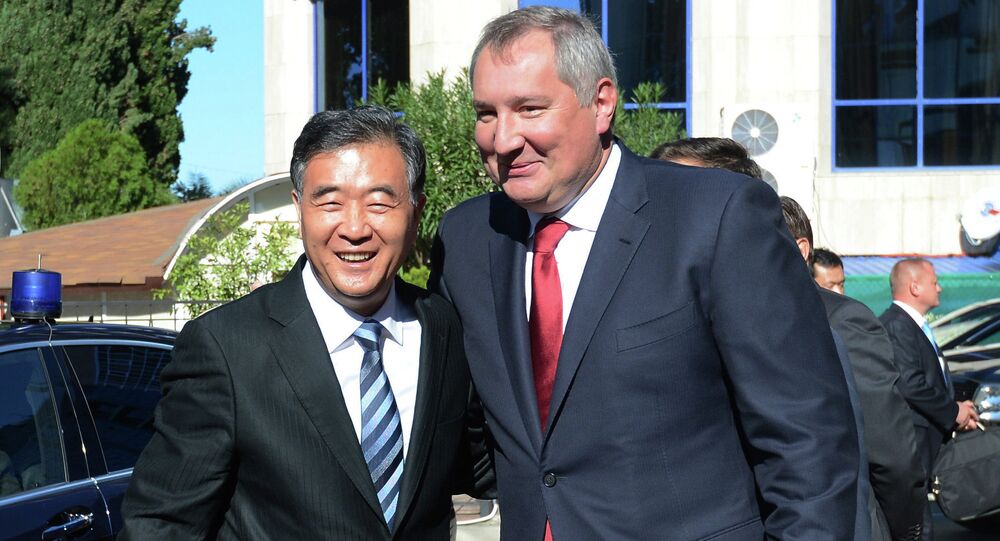 © Sputnik / Alexander Kryazhev
Chinese Companies Accounting for 1/6 of Country's GDP Visit EEF
VLADIVOSTOK, September 5 (Sputnik) – Cooperation between Russia and China is a matter of bilateral ties between the two countries and Western sanctions imposed on Russia over Moscow’s alleged involvement in Ukraine’s internal affairs have not affected it, Vice Premier of the State Council of the People's Republic of China Wang Yang said.

"Our cooperation was not negatively influenced from the Western side. Cooperation between China and Russia is cooperation between our two countries, it has nothing to do with other countries," Wang Yang stressed, speaking on the last day of the Eastern Economic Forum (EEF) in the Russian Far East city of Vladivostok.

The EEF started on September 3 in the Russian Pacific city of Vladivostok. The forum was set up as a platform for dialogue between international investors, the Russian government and countries of the Asia-Pacific Region.

More than 180 Chinese companies applied for the EEF, according to Wang, only 75 of them were registered due to limited number of participants. The total revenue of the companies-participants made up $1.7 trillion or 1/6 of China’s GDP.

US Urges China to Boost Domestic Demand as Response to Crisis