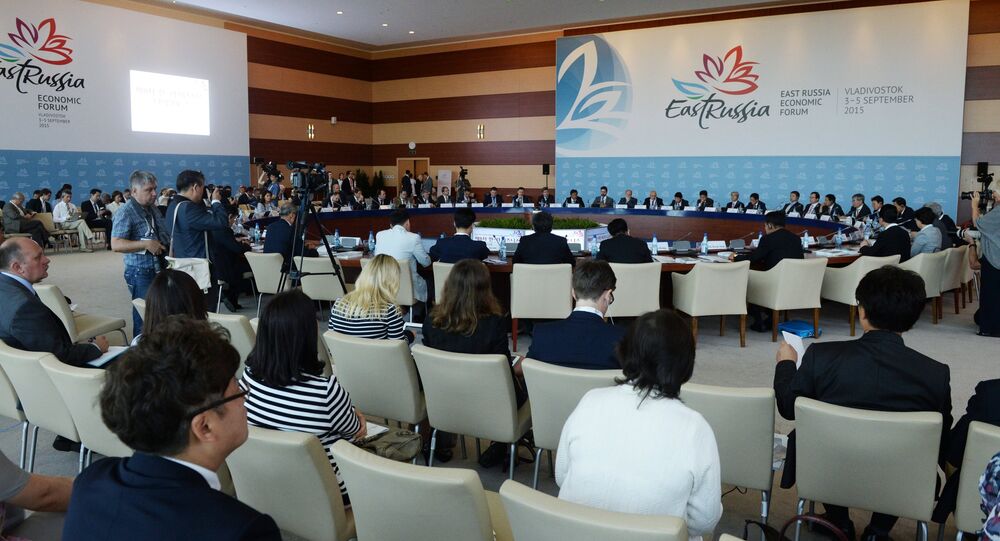 VLADIVOSTOK (Sputnik) – South Korea will combine efforts with Russia in order to boost development in the Far East and strengthen business ties between the two countries, South Korean Minister of Trade, Industry and Energy Yoon Sang-jick said at the Eastern Economic Forum (EEF).

"The potential of cooperation between Russia and South Korea has not been unlocked," Yoon Sang-jick stressed, adding that "now is the time to combine efforts" needed to give a boost to both the Russian and South Korean economies.

The South Korean minister pointed out that the free port regime in force in the Russian Far East city of Vladivostok, where the EEF is currently underway, could accelerate South Korean businessmen’s involvement in the region.

"The companies of the two countries [South Korea and Russia] can build the future engines of growth of the two economies, and if we join forces we can achieve great success," Yoon Sang-jick said on the last day of the Eastern Economic Forum.

On Friday, Russian President Vladimir Putin proposed extending the free port regime from the city of Vladivostok to other cities in the region.

© Sputnik / Igor Zarembo
Russian Aircraft Radar Approach System Wins Kudos From South Korea
Speaking at the EEF, Putin said that infrastructure and economic development should be one of the Far East’s top priorities and that the region must work to develop into a major world business center, well integrated into the Asia-Pacific region.

On July 13, Putin signed a legislation establishing Vladivostok Free Port. According to the Russian president, it will become a flexible mechanism for investing in the Far Eastern Federal District.

A free port has the right to perform duty-free import and export of goods and is excluded from the state customs territory.