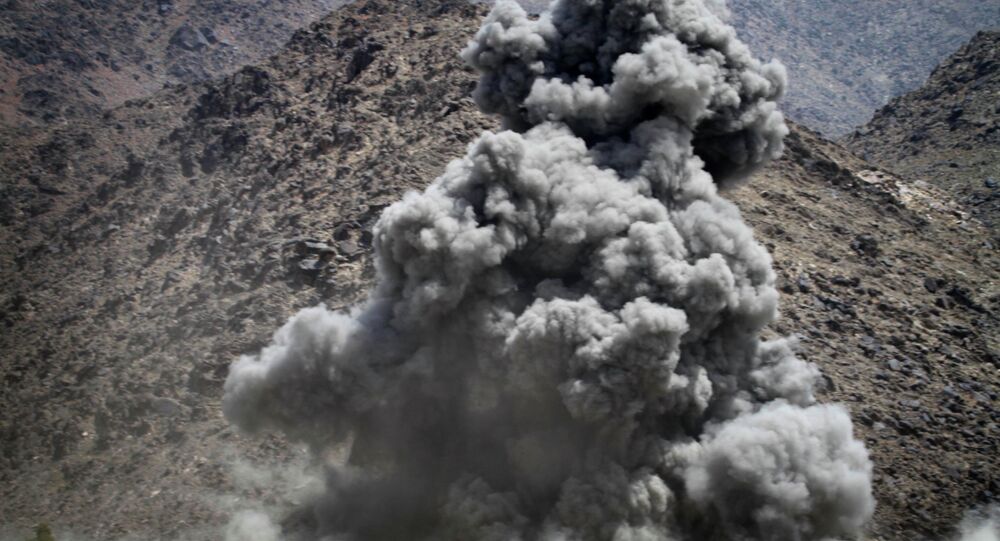 Exposed: Germany and Sweden Help US With 'Kill Decisions' in Afghanistan

Despite the Obama administration’s pledge to withdraw US military forces from Afghanistan, the Pentagon continues to conduct airstrikes in the country. According to a pair of senior Western officials, the German and Swedish governments are violating their own constitutions to help coordinate those attacks.

"They were sitting around there giving thumbs up or down, like gladiators in a stadium," an anonymous official told the New York Times. "While it was meant to be a protection against civilian casualties, it made some of them very uncomfortable, particularly the Germans."

That’s partially because Germany isn’t supposed to be participating in these kind of offensive military decisions at all. Constitutional restrictions forbid the German military from conducting offensive operations in most cases. But according to two high-ranking officials speaking on condition of anonymity, both German and Swedish officials are taking part in those meetings.

"They go around the table and say, 'If you see any women or children, raise your hand,' and that includes German and Swedish officers who are not supposed to be involved in counterterrorism," the second official told the Times.

"This is the last thing NATO wanted to be involved in, but the Americans seemed to want everyone in on it. I guess they felt it gave them political cover," the other said.

The United States has also taken criticism for conducting the strikes. Promising a full troop withdrawal from Afghanistan, the Obama administration has delayed that pledge. With 9,800 ground troops remaining, US forces are supposed to be focused primarily on training Afghan security forces.

The US has made exceptions for counterterrorism operations, however, allowing Washington to continue to root out al-Qaeda militants in hiding.

Coalition allies, however, have no such exceptions. Both NATO and non-NATO allies remain in Afghanistan in a strictly advisory capacity.

"This targeting is going on all over the country and has little to do with genuine force protection or [counterterrorism] operations," one of the officials said.

Officially, Germany, Sweden, and the United States have all denied the allegations.

"Germany has not had personnel working at the CJOC at Resolute Support Mission Headquarters since the beginning of RSM," Konrad Lax, a spokesman with the German Foreign Ministry, told the Times. "Germany does not conduct counterterrorism operations in Afghanistan and is not involved in counterterrorism decisions."

Strangely, Lax later retracted this comment, saying instead that German personnel were present at CJOC, but not actively involved in kill decisions.

"Neither [the liaison officer] nor any of the other Swedish staff officers are involved in decision-making or execution of counterterrorism operations," Marinette Radebo, press secretary for the Swedish Ministry of Defense, said.

"Non-US NATO personnel…have no involvement in, or responsibility for, the planning or execution of kinetic operations conducted by the United States Forces-Afghanistan," US military spokesman Brig. Gen. Wilson A. Shoffner said.

Still, according to the officials, the arrangement continues to be a point of friction among coalition members.