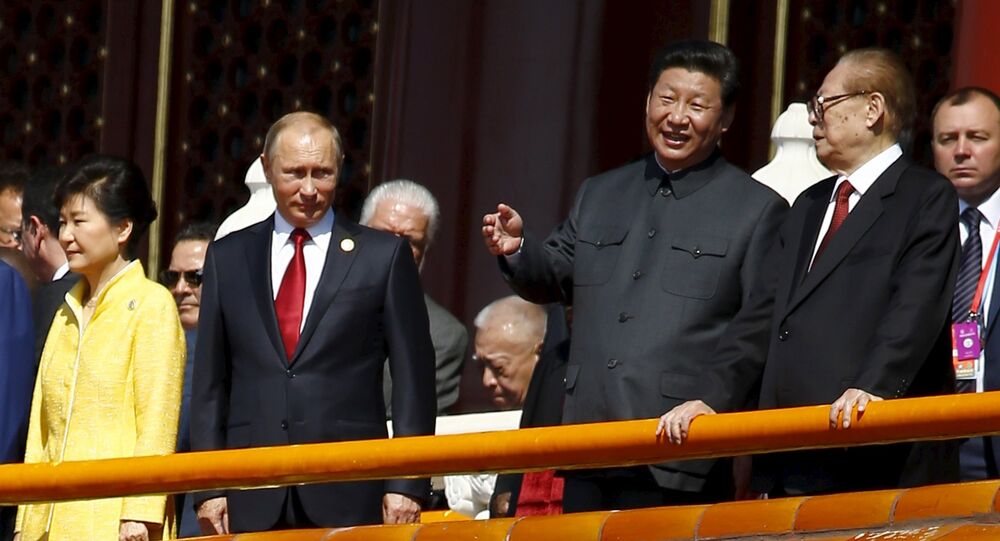 © REUTERS / Stringer
Beijing Kicks Off Massive WWII Commemoration Parade with Military Might
BEIJING (Sputnik) —Putin was the last to arrive at the commemorative event on Thursday and walked to the stands together with Chinese President Xi Jinping, who welcomed his international guests.

The Russian President, who came to China on Wednesday, attended a formal dinner hosted by the Chinese leader prior to the parade.

Japan’s Prime Minister Shinzo Abe, along with several Western leaders, has declined the invitation from China.

© AFP 2020 / KIRILL KUDRYAVTSEV
Putin: Russia-China Ties Reach Peak in Their Entire History
China is one of the key Russian partners in various fields, including the energy sector, as well as economic and military-technical spheres.

Beijing and Moscow have been particularly boosting their cooperation amid Western sanctions imposed against Russia over Moscow's alleged involvement in the Ukrainian crisis.

On May 8-9, the Chinese President was on his visit to Moscow to attend the Victory Parade dedicated to the 70th anniversary of the end of World War II and to hold talks with the Russian President.