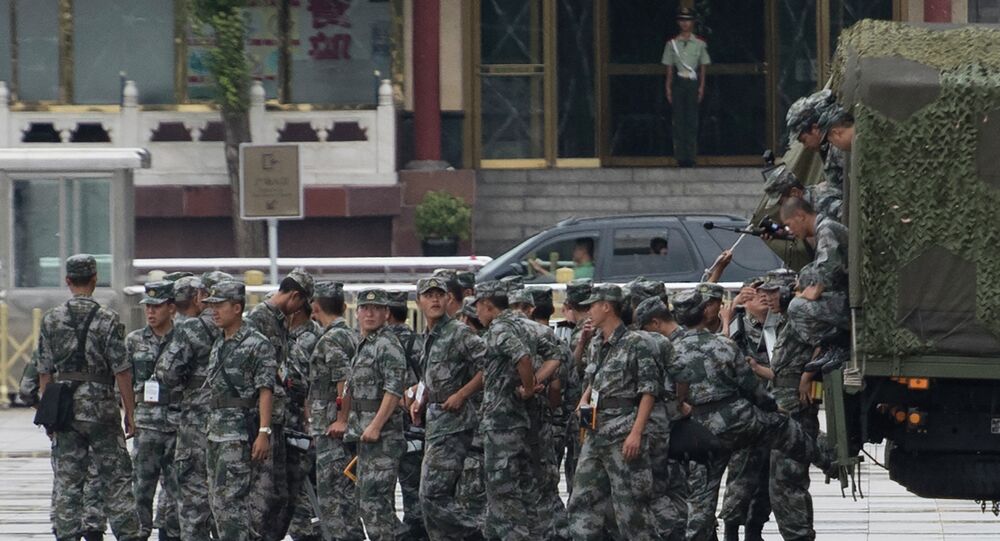 The latest technology, including facial recognition systems to ensure safety at Chinese military parade on Thursday are deployed in Beijing.

MOSCOW (Sputnik) – Authorities in the Chinese capital of Beijing will deploy the latest technology, including facial recognition systems, to ensure safety at its military parade on Thursday.

An estimated 12,000 Chinese troops and the latest military hardware will march at Tiananmen Square to commemorate the 70th anniversary of China’s victory in what Beijing calls the War of Resistance Against Japan.

Host photo agency
China's Xi Slams Japanese Invaders on Eve of Huge WWII Parade
Media outlets in China report that safety equipment and infrastructure will be integrated into a system that includes entrance and exit controls, online video surveillance and other security systems.

Subway and railway services, along with other gathering areas, are cited as key objects of security. Checkpoints will be set up at 56 major highways leading to Beijing, while squads of armed police and militia will patrol the checkpoints.

In addition to traditional security systems, the latest technical solutions are expected to be deployed in the Chinese capital. These include voice communication systems, the Beidou satellite navigation system, as well as object identification and facial recognition systems.

A RIA Novosti correspondent has found that Beijing police stepped up security at rooftops in residences, administrative and office buildings on streets alongside Tiananmen Square.

© AP Photo /
70 Years Ago: Japan's Surrender in World War II
Visitor safety equipment has been installed at entrances to government buildings and business offices, as well as shopping centers.

Law enforcement officials have been deployed on public transportation in around Tiananmen Square. Passengers are not allowed to open windows on buses.

Local media also report that approximately 850,000 volunteers have stepped up security on the streets, shopping centers and other gathering areas in Beijing since August 20.