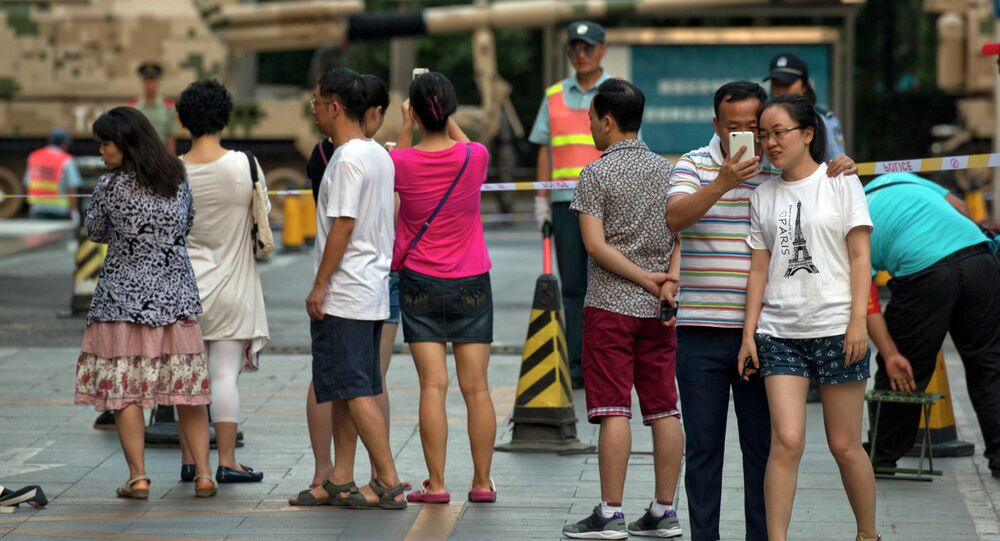 China is considering a possibility of pardoning some of the country's prisoners in light of the 70th anniversary of the end of World War II, the head of the Chinese parliament's standing committee said Monday.

BEIJING (Sputnik) — Four categories of prisoners who do not pose a threat to society may be granted a special amnesty, Xinhua quoted Li Shishi as saying.

© AP Photo / Ng Han Guan
China at its Best: Sneak Peek at 'Unprecedented' Military Parade in Beijing
14
In particular, it is envisaged that inmates older than 74, who participated in China's war against Japan from 1937 to 1945, would be covered by the pardon, Xinhua reported.

The draft legislation also proposes applying leniency to inmates younger than 18, according to the news agency.

This would be only the eighth amnesty introduced since the creation of the People's Republic of China (PRC) in 1949.

On September 3, China will mark 70 years since the Japanese surrender in World War II. Delegations from a total of 30 countries are expected to attend the anniversary parade in Beijing.