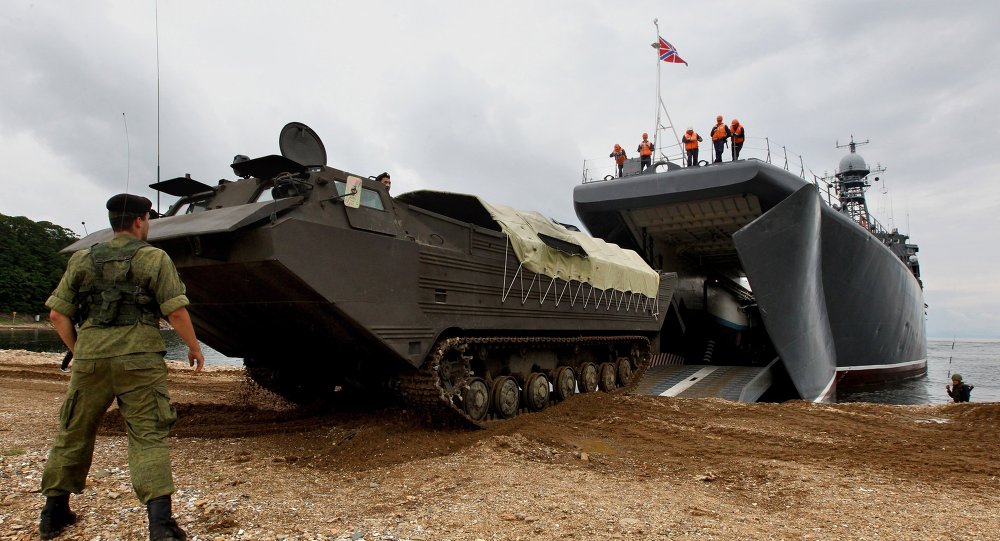 China and Russia launched their largest joint naval drill called Joint Sea 2015 II off the coast of Vladivostok on Thursday. The drill is the second phase of the annual China-Russia naval exercises.

As the West has voiced its concern that China and Russia are using the drills to flex their military muscles to counter the US and Japan, analyst for social sciences Jiang Yi cleared this misconception.

It should be clear that China and Russia have launched the drills to deal with with maritime security threats and have no intention to flex their muscle in front of the US-Japan alliance, said the expert.

China has also carried out military cooperation with many other nations apart from Russia, and has played an active role in organizing various military and diplomatic activities in recent years, Jiang elaborated.

© Sputnik / Vitaliy Ankov
Russia, China Hold 'Unprecedented' Joint Naval Drills
Even though the US is trying to merge its alliance with Japan and South Korea, at the same time they perceive the strengthening of ties between Moscow and Beijing as a “wake-up call” to international security, the expert added.

Jiang believes that it is an error in the perception that the actions of Russia and China could serve as an escalation of the situation and lead to the strengthening of military positions.

Joint drills between China and Russia have been going on since 2012 and Chinese diplomats have repeated that China follows a non-alignment policy and does not target any third party.

Western countries should be clear how the bilateral relationship between China and Russia will develop. It is not justified for the West to perceive China-Russia cooperation from a mistaken perspective, concluded Jiang.