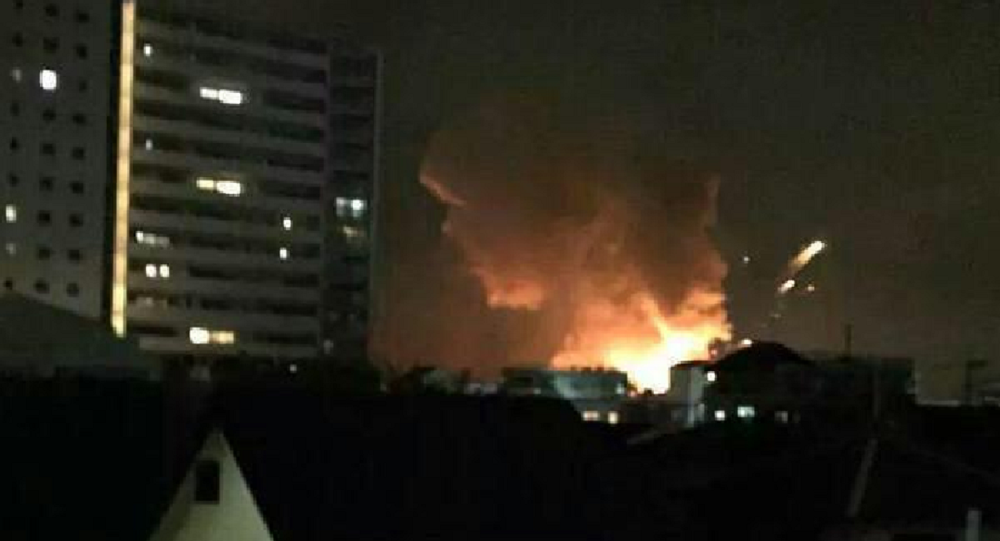 Explosions Reported at US Military Base in Japan

According to Japanese broadcasting corporation NHK, a series of explosions occurred at an US military facility in the Japanese city of Sagamihara.

#BREAKING: More pictures of the explosions at an army base in #Kanagawa #Japan pic.twitter.com/ozHeSBgFRK

Multiple explosions were heard at about 1 a.m. local time at a warehouse at the US army base in Kanagawa Prefecture near Tokyo. No injuries have been reported yet.

The site is located near residential areas.

Sagami General Depot is used for the storage of fuel and munitions. As the facility has been underused lately, Washington and Tokyo held talks on the return of most of the 200-hectare territory to Japan.

Firefighters vehicles are at the scene. The reason of the accident is unknown so far.

#BREAKING: #Japan: Explosion at #US military facility in #Sagamihara. Reports of emergency vehicles in the scene pic.twitter.com/NnoKFdZJfJ

Unconfirmed reports suggested that it was an ammunition depot that had exploded.

According to local media reports, there was no massive evacuation in the nearby area.

Currently, 35th Combat Sustainment Support Battalion and some logistics and medical departments are deployed at the base.