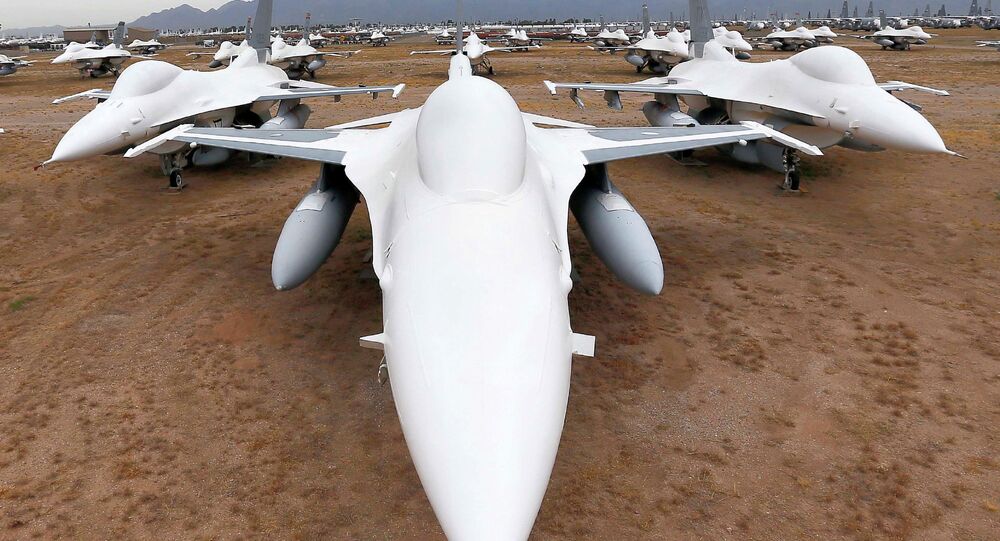 Eight South Korean and US fighter jets took to the South Korean skies on Saturday, simulating bombings of enemy targets as tensions shot up on the peninsula after North Korea fired shells on Thursday in protest of Seoul’s anti-North loudspeaker broadcasts.

"It was a flight aimed to show off the military might of South Korea and US' combined air force power," South Korea’s Yonhap news agency reported, quoting a defense ministry official in Seoul.

Tensions along the border between the two Korean states shot up  after North Korea allegedly fired shells on Thursday in protest of the anti-North loudspeaker broadcasts, which the South started in retaliation for the North planting land mines on the southern side of the demilitarized zone earlier in the month.

Meanwhile, Pyongyang condemned the South’s action as an unwarranted act of aggression. Both sides accuse each other of “provocations” and threaten retaliation.