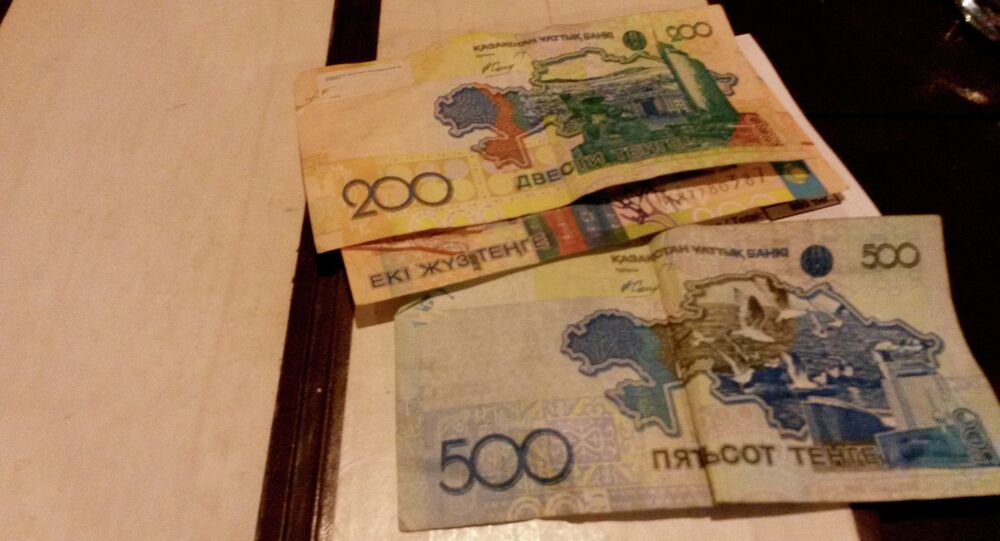 A loan of $1 billion for Kazakhstan approved by the Asian Development Bank.

© Photo : mgorod.kz
'Currency Wars': Kazakhstan's Tenge Plummets in Value After China, Russia Devaluation
MOSCOW (Sputnik) – The Asian Development Bank (ADB) said Friday it has approved a loan of $1 billion for Kazakhstan after the country devalued its national currency, the tenge.

Kazakhstan's authorities announced on Thursday they would make the tenge a floating currency, after which it lost nearly a quarter of its value against the US dollar.

In July, Kazakhstan’s National Bank expanded the tenge to US dollar exchange rate corridor, citing a drop in global oil prices as one of the reasons for the move.

According to Kazakh Prime Minister Karim Massimov, Kazakhstan’s National Bank reserves the right to intervene to prop up the financial situation in the country, should it destabilize.

By floating the tenge, its value is now exposed to fluctuations in the foreign-exchange market, instead of being tied to a specific currency, gold or a currency basket.