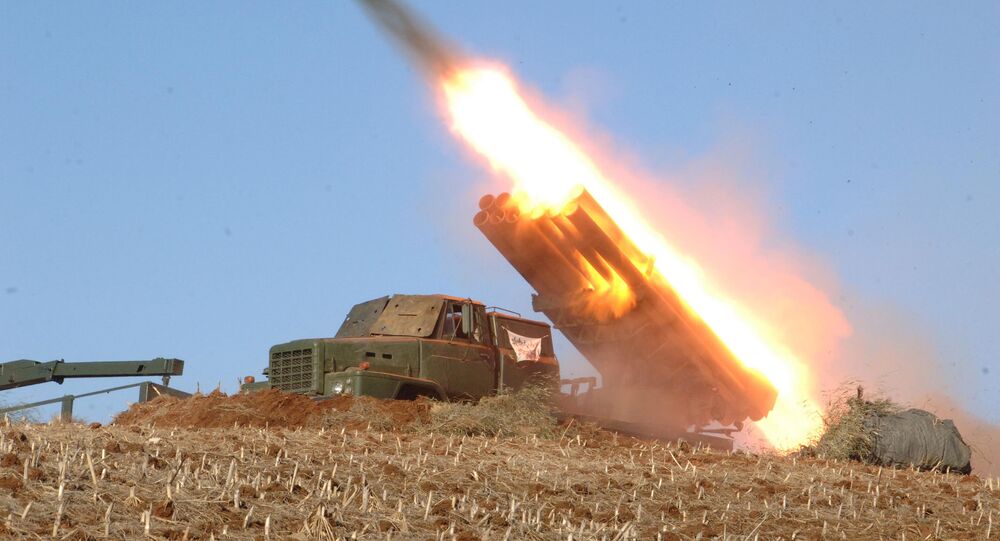 North Korea has fired shells at a South Korean military base across the demilitarized zone, local media reported Thursday.

Earlier in the day South Korea fired back dozens of artillery rounds after a North Korean rocket attack. According to South Korea's KBS broadcaster, which cites a local military official, the shelling was aimed at a military loudspeaker that has been blaring anti-Pyongyang broadcasts in recent days, and took place on the western portion of the border.

"Our side staged a counter-attack with dozens of 155mm shells," a ministry spokesman told AFP.

According to Yonhap, North Korea has not yet responded to the move. South Korea will hold a National Security Council session to assess the situation.

"I heard big sound of fire" A resident in Paju, near DMZ in S.Korea talks to S.Korean news channel YTN. #Korea pic.twitter.com/vipl2AQfwj

No casualties or damage have been reported, but South Korea has ordered evacuation of civilians from the border area.

The clash comes days after Seoul announced it would resume its propaganda operations at the border for the first time in 11 years, in retaliation for the landmine blasts that maimed two of its soldiers during a frontier patrol, South China Morning Post reports.