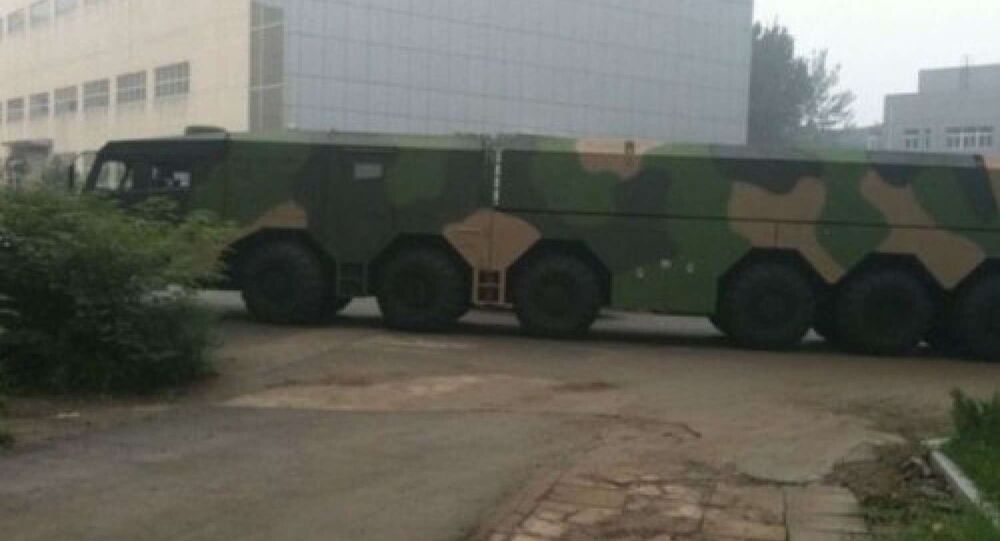 Pictures have surfaced of what is believed to be the largest ever Chinese military vehicle for transporting and launching missiles.

Chinese drivers have recently spotted a new version of the vehicle, which appears similar to the military's standard TEL, except that the latest model is "much, much larger," according to Popular Science.

"There's an extended section above the first and second axles, which would likely hold additional personnel and equipment for missile launch and flight corrections. Also, it has a satellite communications dome, suggesting that it requires higher bandwidth for datalinks necessary to operate a more sophisticated missile," Popular Science reported.

Also, even though the new TEL vehicle is longer, its missile canisters still extend to its rear bumper, showing that the new missile is wider and two to three meters longer, Popular Science reported.

© Photo : Wikipedia
Return to the Depths: This Soviet Sub Makes a Massive Comeback

The new TEL is speculated to transport the YJ-18 anti-ship missile, a Chinese adaptation of Russian Klub rocket/cruise missile technology. The Klub missile uses a discardable turbofan engine to cruise at subsonic speeds for most of its flight, and then uses a rocket engine to reach supersonic speeds of Mach 3 in its final 50 kilometers of flight.

However, greater diameter of the new missile could point to other possibilities, such as the long-range surface-to-air and anti-ballistic HQ-26 missile, an ultra-long-range cruise missile, or another large supersonic cruise missile, Popular Science reported.

The new missile launch vehicle – its increased sophistication, along with a likely larger missile it will carry – shows China is dedicated to its goal of developing and deploying new weapons as it extends its reach in the Asia-Pacific region.