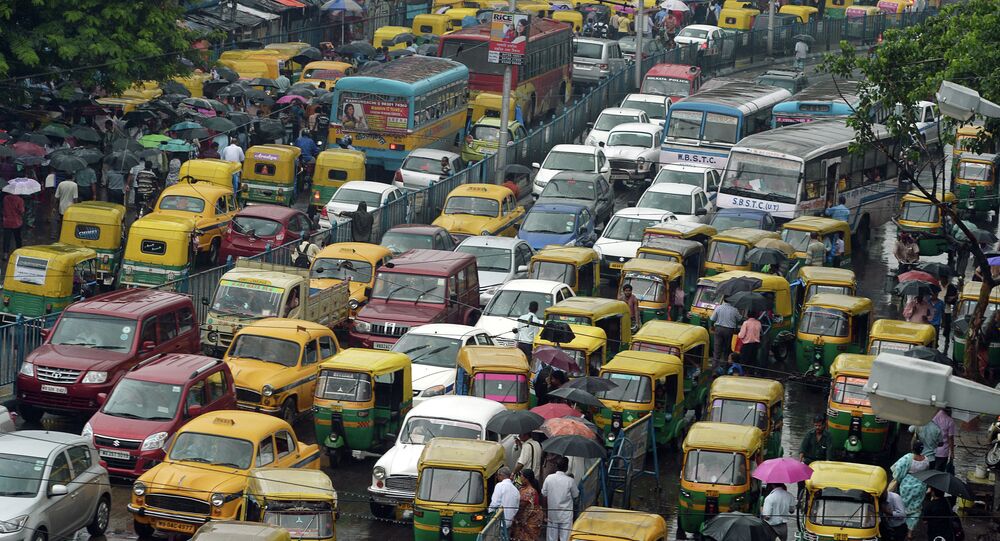 India On Course to Beat China in the Demographic Battle

India is expected to surpass China as the world's most populous country in around seven years' time, when both countries have around 1.4 billion people; in 15 years the world population will have risen from 7.3 billion currently, to 8.5 billion people.

© AP Photo / Sam PANTHAKY
Robot Invasion: Automated Labor Foils India’s Plans to Cut Unemployment
India is fast catching up with China's population advantage, and its population is expected to surpass China's in around seven years' time, when both countries will have a population of approximately 1.4 billion, according to a report from the UN released July 29.

That moment will be the first time for centuries that China's population has been usurped; moreover, India is expected to reap the benefits of what has been termed its 'demographic dividend,' the benefit gained when previously high fertility rates begin to decline, and working-age populations rise at the same time as the ratio of dependents to workers falls.

© AFP 2021 / DANIEL ROLAND
When Chinese Economy Sneezes Germany Catches a Cold – French Media
Robert Prior-Wandesforde, director of Asian economics research at Credit Suisse, says that India, which will soon have one fifth of the world's working age population, "has close to ideal demographics."

"As the population's working age expands, savings increase — and that turns into a source of funding for investment. This will be beneficial for the country's competitiveness as other countries age."

According to the UN report, entitled, 'World Population Prospects,' India's median population is currently 26.6, and China's is 37; the world median is 29.6.