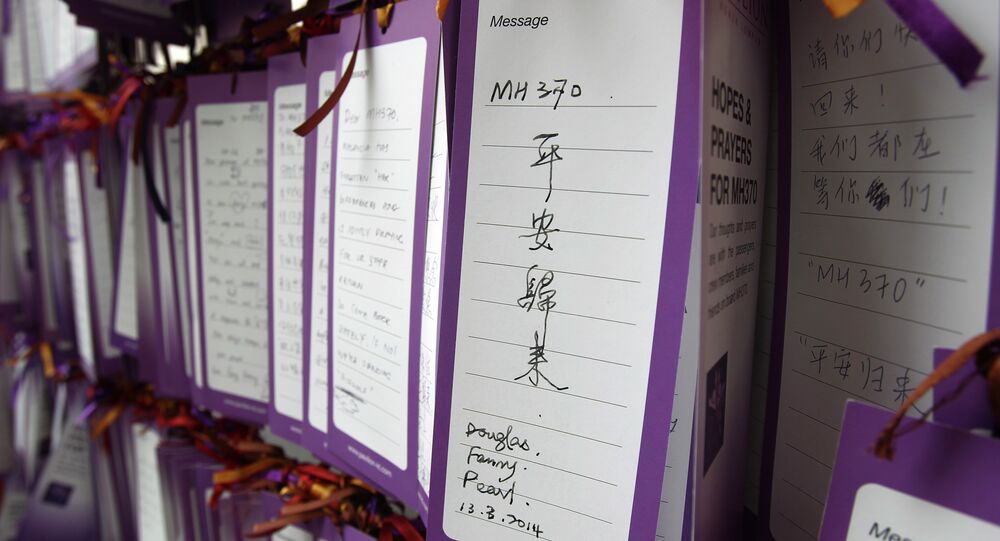 France plans to send investigators to La Reunion island in the Indian Ocean in order to search the area for more debris that could possibly come from the disappeared MH370 plane, the French Defense Ministry said in a statement.

MOSCOW (Sputnik) – Malaysia Airlines flight MH370, en route from Kuala Lumpur to Beijing, disappeared from radar screens on March 8, 2014, less than an hour after takeoff. There were 227 passengers and 12 crew members on board the Boeing 777 plane.

"At the request of the President of the Republic and the Prime Minister, a decision was made to deploy additional air and sea means to detect the possible presence of new debris off La Reunion."

Last week, a flaperon, the movable part of a plane’s wing that is lowered or raised to control the angle of the aircraft, washed up on the French La Reunion island.

On Wednesday, a French prosecutor announced that there was "very high probability" that the wreckage found on La Reunion Island came from the MH370 plane.

Malaysian Prime Minister Najib Razak said on Wednesday that a team of Malaysian experts had concluded that the debris that washed ashore on Reunion was indeed from MH370.