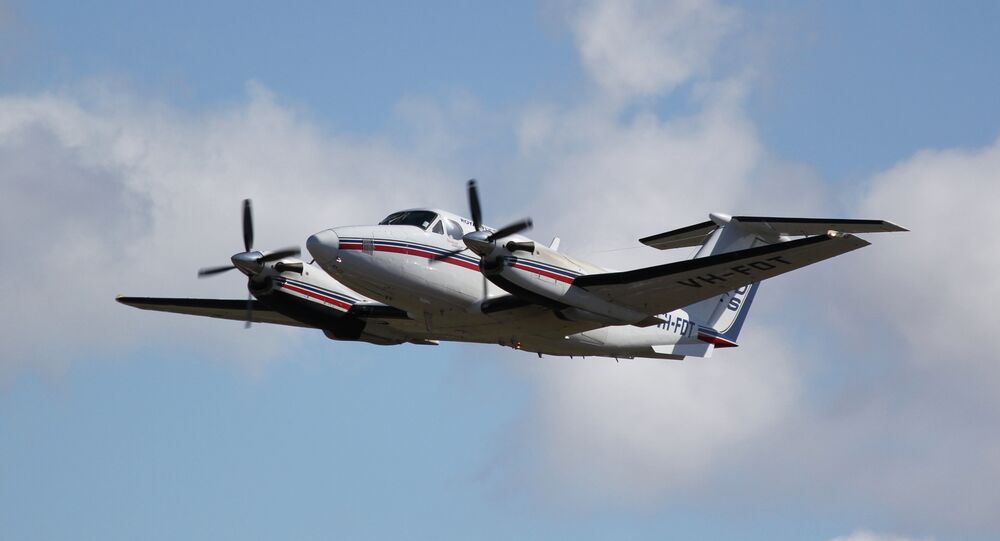 As part of its increasing involvement in the South China Sea, Japan could soon provide the Philippines with patrol aircraft.

While the talks are still in the preliminary phases, the Japanese government is interested in donating three Beechcraft TC-90 King Air planes to the Philippines. Used by Tokyo to train military pilots, Manila could outfit the TC-90s with surface and air surveillance radar which allow it to conduct patrols over the South China Sea.

"The Philippines doesn’t have enough aircraft to conduct regular patrols over the South China Sea," an anonymous source, familiar with the talks, told Reuters.

Such a deal still faces hurdles. Japanese lawmakers would have to adjust financial regulations which prohibit the handing-over of government-owned equipment. If those laws are relaxed, it would follow the recent trend of Prime Minister Shinzo Abe’s efforts to broaden Japan’s military role abroad.

Still, Philippine Defence Minister Voltaire Gazmin told Reuters that he was not aware of any plan to receive TC-90s. His administration has instead pushed for a handover of the more advanced P3-C aircraft, developed by Lockheed Martin.

Tokyo will retire its P3-Cs over the next three years. While those aircraft would be capable of monitoring submarine activity, the Japanese government has expressed hesitancy. P3-Cs require more complex ground support, and use more fuel than the efficient TC-90s.

If the Philippines is to acquire surveillance aircraft, it’s likely part of a provocative effort to monitor Beijing’s artificial islands in the Spratly archipelago. Both Japan and the Philippines – largely at the behest of the United States – have expressed concern over the islands’ purpose.

The Chinese government has repeatedly stated that it has every right to construct within its own territory, and stressed that the islands will be used largely for humanitarian purposes.

On Wednesday, Chinese Foreign Minister Wang Yi told reporters that it had stopped its land reclamation projects in the region.

"China has already stopped. You just take an airplane to take a look," he said, referring to surveillance flights conducted by the United States over the region.

A highly contested stretch of water through which nearly $5 trillion in trade passes annually, China lays claim to most of the South China Sea. Taiwan, Indonesia, the Philippines, Brunei, Vietnam, and Malaysia have overlapping claims, but Japan has no official stake in the region.

The United States also no claim in the region, but in addition to organizing a series of provocative joint military exercises with Pacific allies, Washington has also asked the Japanese to provide maintenance and training to go along with any aircraft provided to the Philippines.

In response to the potential aircraft handover, China’s Defence Ministry issued a plea for calm.

"We hope that military cooperation between the relevant countries can benefit regional peace and stability, rather than the opposite," it said in a statement given to Reuters.

US Will Not Tolerate Limits on Sea, Air Routes in South China Sea - Kerry