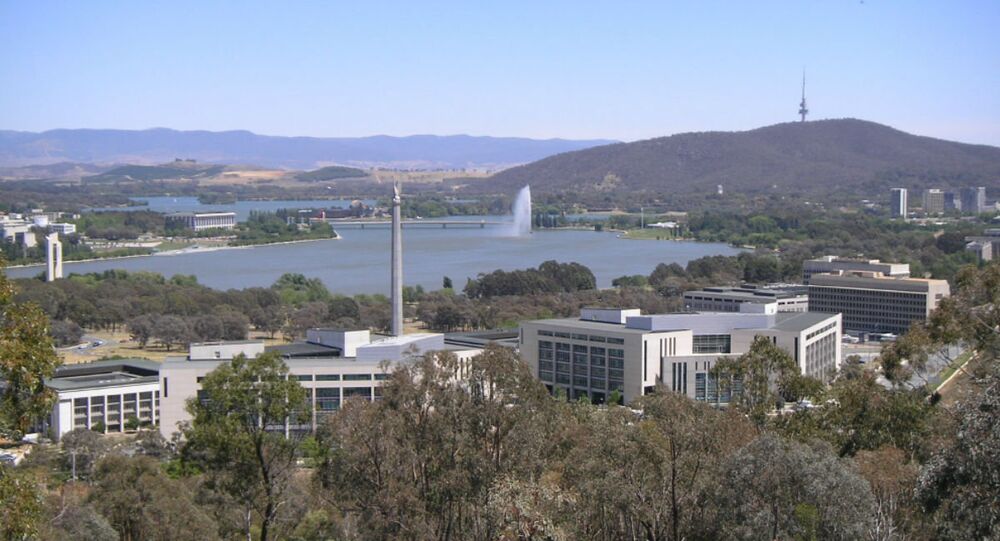 As a graduate of Australia’s Department of Defense stands trial for allegedly leaking a “highly sensitive” report intended for intelligence allies only, the country’s spy agency says that they have no way of knowing who had obtained the document or what kind of damage, if any, it caused.

© AP Photo /
Assange: Australia, Western Europe Hunting Whistleblowers to Please US
Michael Scerba, a 24-year-old who once possessed a secret clearance level with the Australian Department of Defense, is at the center of what may best be described as a botched whistleblowing attempt.

In 2012, when he was just 21, Scerba allegedly downloaded a 15-page long confidential Defense Intelligence Organization (DIO) assessment report from the Secret Defense Security Network and burned it onto a disc. He then took it home and posted the first two pages of the report on the anonymous image-sharing platform 4chan.

While the contents of the report remain shrouded in secrecy, the DIO and Commonwealth prosecutors are claiming that the leak posed serious risks to Australia’s national security interests. The leaked assessment was reportedly marked with "Secret, 5 Eyes," meaning it was intended for the eyes of only Australia’s intelligence allies – the US, Britain, Canada, and New Zealand. As such, the DIO claimed, the leak undermines the intelligence arrangement and reciprocity between Australia and its key allies.

Scerba’s post on 4chan allegedly included a comment in which he praised Julian Assange as his "hero," and explained his motivation behind the leak as the following: "I release what I feel should be in the media: bombings, civilian deaths, actions of the ‘terrorists’ that just aren’t reported in the media."

It seems, however, that the leak of the “highly sensitive” information didn’t have the kind of effect the aspiring whistleblower was hoping for.

After posting the leaked document, the user who prosecutors believe to be Scerba, complained that no one believed in their authenticity.

"Plus to my dismay I just got a bunch of ‘fake and gay’ remarks and the secret documents went 404 [website not found] about 4 comments and 1 hour later," he wrote. He then continued his post by asking for advice on protecting his identity as a whistleblower. "So any suggestions on how to minimize getting caught by authorities?"

Perhaps not surprisingly, asking for advice on how to evade authorities after posting the confidential documents online did not work out so well for Scerba. In what authorities referred to as a “fortuitous” find, a former Defense Signals Directorate officer stumbled upon the post while browsing 4chan and immediately reported it.

At the time, the post had received only 14 comments. The Australian Federal police identified Scerba’s residence in Richardson, south Canberra, by simply tracking his IP Address. His house was subsequently raided, and authorities found the disc which they claim he downloaded the documents to in the trash. A forensic analysis of his computer also revealed traces of the leaked documents.  And even more damning, the analysis revealed that Scerba had conducted an online search on how best to cover his tracks.

The incident has even prompted Wikileaks to weigh in, warning whistleblowers to be more careful with the sensitive information they want to leak and using Scerba as a cautionary tale.

"What’s really sad about this case, is that the Australian public is still denied what sound like it is [sic] significant document," a Wikileaks spokesperson told Fairfax Media. "If you’re going to leak sensitive documents on the internet, do it right and come to us."

Scerba faces two charges related to the leak and will stand trial before the ACT  Supreme Court, though a date has not yet been set.  According to the International Business Times, court documents indicate that he will plead guilty on at least one of the charges.

Meanwhile, the DIO document leaked in 2012 remains as secretive as ever, and authorities say they have no way of knowing who has accessed or read them and what kind of damage to expect from the leak. Commonwealth prosecutors, however, maintain that the report could have easily been exploited by foreign intelligence agencies or "others."

The contents of the report have also been placed on very strict restrictions in court, with Justice Richard Refshauge making an order to prevent their disclosure in evidence.