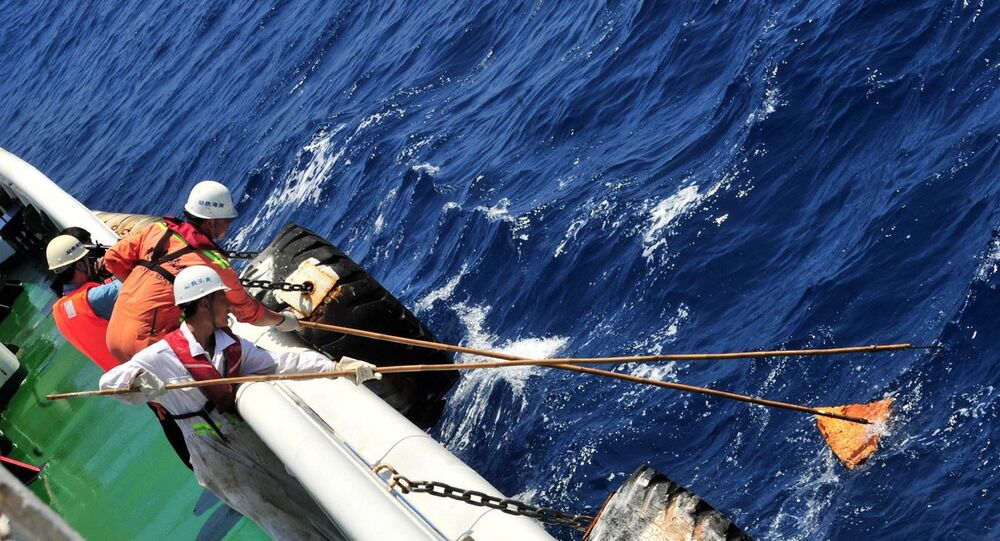 MOSCOW (Sputnik) – A French prosecutor also said as quoted by ABC that there was a "very high probability" that the wreckage was from the Boeing 777 plane, but more confirmation was still required.

Earlier, Malaysian Prime Minister Najib Razak announced that a team of experts had concluded that the debris that washed ashore on Reunion was from MH370. Razak said on Wednesday that the wreckage is "physical evidence" proving that the flight ended in the southern Indian Ocean last year.

Last week, a flaperon, the movable part of a plane’s wing that is lowered or raised to control the angle of the aircraft, was found on the French La Reunion Island in the Indian Ocean.