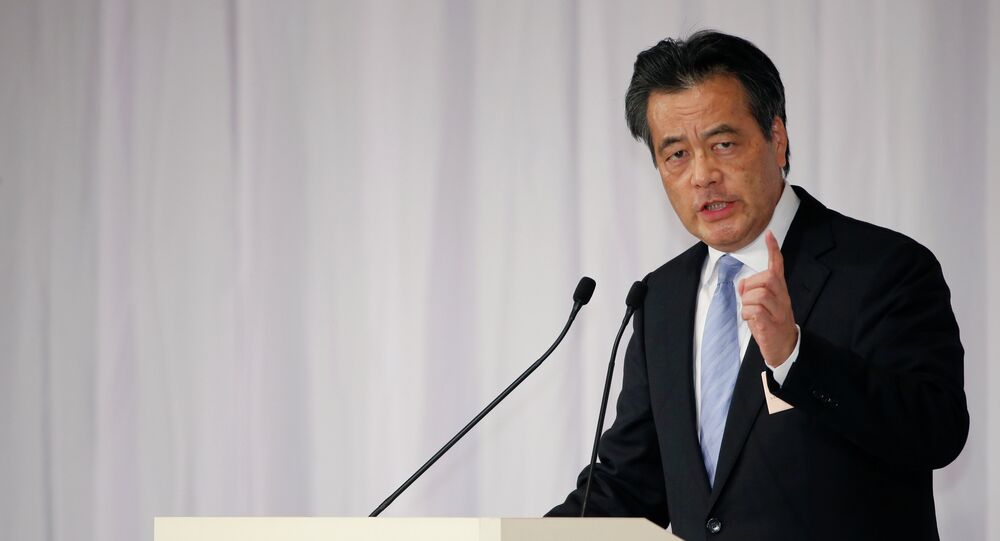 Japanese opposition leader Katsuya Okada made an announcement that he felt ashamed that thousands of women from Korea were forced by Japan to work as "comfort women" from 1932 till the end of World War II.

Beginning in 1932, an estimated 200,000 women from Korea, China, Taiwan, Philippines and Indonesia were forced by Japan to work as what were defined as "comfort women." Tokyo has apologized, although some older male conservatives in Japan accuse the women of being prostitutes.

© Sputnik / Sergey Krasnouhov
Japan Only Country in the World to Question Outcome of WWII – Lavrov
"As a Japanese politician, I feel very sorry and shameful that South Korean victims of Japan's sex slavery have been suffering from agony," Okada told reporters at a press conference in Seoul, where he arrived Sunday with a three-day visit.

Okada said he believed that continued talks on the issue would eventually lead to a sincere apology and compensation on the part of the Japanese government, according to the news agency.

All previous Japanese governments have made statements of apology to South Korea, except that of Prime Minister Shinzo Abe.

On August 15, Tokyo and Seoul will commemorate the end of World War II, Japan’s colonial rule over Korea and the 50th anniversary of restored diplomatic ties between the two neighbors.