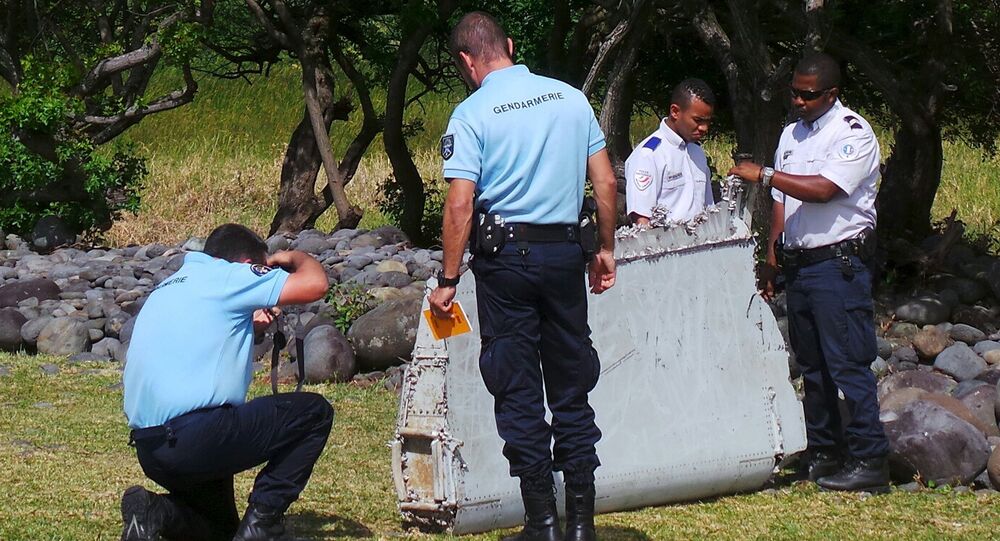 Whether or not the wreckage found on La Reunion Island came from the missing MH370 aircraft will be known after it is studied and analyzed in Toulouse, France.

The wreckage will arrive in Toulouse on Saturday for analysis by the General Directorate of Armaments (DGA), according to Le Figaro.

© AFP 2021 / Asit Kumar
Newly Found Debris Could Have MH370 Serial Number - Investigation
The DGA's laboratory will determine whether it is part of the Malaysia Airlines MH370 that went missing in March 2014. The object, which appeared to be part of a wing torn from a jetliner, has been sealed for shipment to France, a French official with knowledge of the investigation said.

If confirmed to be part of MH370, the wreckage will “eliminate some of the fanciful theories that have been around that the aircraft is secretly parked somewhere on land in another part of the world,” said the Australian Deputy Prime Minister Warren Truss, media reports.

The two-meter-long piece of wreckage was discovered by environmental worker Johnny Begue on Reunion Island, east of Madagascar, in the Indian Ocean on Wednesday.

A witness reportedly described the piece as “partly encrusted with shells”, signifying that it had been submerged under water for a long time.

The French Justice Ministry said Thursday in a statement that “at this stage, the origin of the debris has not yet been identified.”

The Lost Flight: One Year After MH370 Mysterious Disappearance