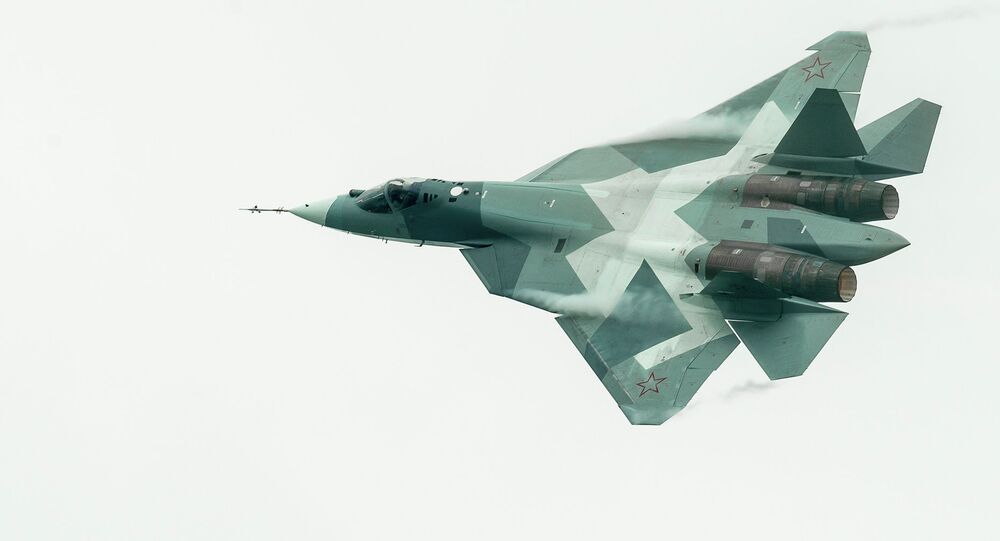 Russia and India will continue their co-development of a fifth-generation fighter plane after signing an experimental design contract, India’s defense minister said on Friday.

© Sputnik / Grigori Sysoev
Russia to Buy as Many T-50 PAK-FA Fighters as Manufacturers Can Produce
"The preliminary stage of the project was completed in June 2013 and the next phase of development will commence after we have signed off on the experimental design contract,” Manohar Parrikar said in a written answer to a pertinent question from two members of the lower house of parliament.

Speaking on the sidelines of the Aero India-2015 show in Bangalore in February the president of Russia’s United Aircraft Corporation, Yuri Slyusar, said that the main R&D work on the fifth-generation plane could start already before this year was out.

The plane, which will go into mass production in 2017, is claimed to be capable of outperforming the F-22 and fifth-generation F-35 fighters of the US Air Force.

The T-50 PAK FA fighter jet will be built with composite materials, and come with advanced electronic systems and engines to ensure the plane can stay mostly undetected by radars and other optical and infrared technologies.