With tensions already high in the South China Sea, Beijing announced on Monday that it would launch a new cruise ship link to the Paracel Islands, a disputed chain claimed by both China and Vietnam.

A series of reefs and islands in the eastern portion of the South China Sea, the Paracel Islands has become a major tourist destination for Chinese citizens in the last couple of decades. Nearly 300 miles south of the Chinese province of Hainan, the Paracels are roughly equidistant from both China and Vietnam.

In 2013, Beijing launched a single cruise ship link between Hainan and the island group on a trial basis. So far, over 10,000 Chinese citizens have traveled aboard the Coconut Princess.

Following that success, Beijing hopes to begin operating a second ship by year’s end. It also predicts that the growing tourism market will allow the government to commercially develop more of the islands, according to the China Daily.

The paper did mention, however, the need to improve many of the island’s accommodations.

"We need to take into account the capacity of the islets to handle tourists. Cruise ships cannot dock on some of them and the tourists have to be brought ashore by smaller ships," Xie Zanliang, head of the government tourism company promoting the trips, told the China Daily.

There are also concerns about the effect weather will play on the tourism industry, as strong winds and typhoons are common in the area. 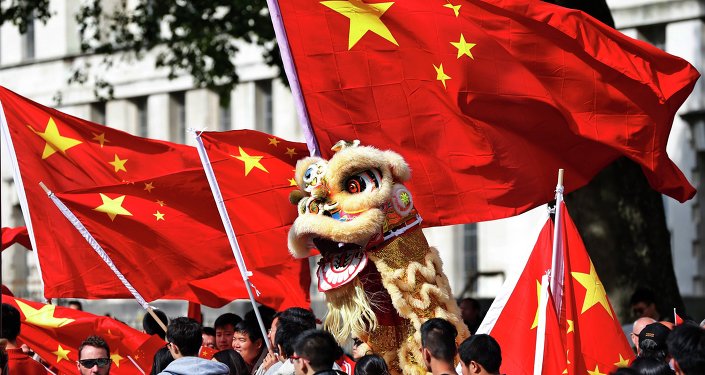 The location of the Paracel Islands also makes them controversial. While China maintains control over the islands, there are disputing claims by both Vietnam and Taiwan. A Chinese oil rig stationed off the coast of the Paracels last year launched a wave a protests in Vietnam.

Beijing claims sovereignty over most of the South China Sea, through which roughly $5 trillion in trade passes each year. There are also overlapping claims by Indonesia, the Philippines, Brunei, Malaysia, Vietnam, and Taiwan.

Traveling nearly 450 miles further south from the Paracels lies the Spratly archipelago, where Beijing has built a series of artificial islands. A major source of contention in the region, a number of nations have expressed anger over what is perceived as Chinese aggression.

© Flickr / U.S. Pacific Fleet
On Edge: Beijing Warns US of the Dangers of Spying in South China Sea
Despite the fact that Beijing has repeatedly asserted its right to build within its own territory, and providing assurances that the Spratly islands are to be used largely for humanitarian purposes, a number of provocative military exercises have been conducted in the region in response. Many of these drills, conducted by Indonesia and the Philippines, among others, are prompted by the US meddling.

Not to be outdone, Vietnam has its own strategy for expressing opposition to both the Paracel and Spratly islands disputes. Last month, the Vietnamese government announced it would begin conducting its own cruises. Complicating relations with Beijing, these ships will connect the Vietnamese mainland with the Spratlys.